Hipsters with no better place to be on a sunny weekday morning than in a bar with fellow hipsters watching Congressional testimony in hopes that it will somehow lead to the impeachment of a Republican president. Then, getting the sads when the testimony turns out to be a big nothingburger. 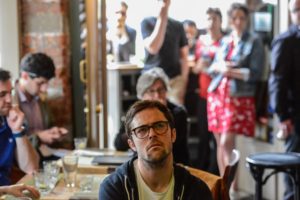