Twittered from a Twit somewhere in the East Bay of Californezuela. Is this something that is commonly believed among very stupid people? And am I wrong, or is xe apparently advocating political violence? 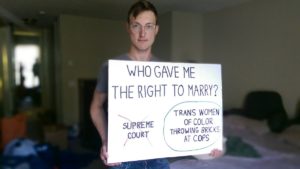