Looking at scenes of the violence at the G20 in Hamburg, it’s hard to believe anything other than that the left craves a violent revolution.

The rioters apparently smashed a lot of shops, burned a lot of cars, and filled the streets with debris. Echoes of what violent leftists have done recently in Berkeley, Oakland, and Portland.

Most of the British websites are covering the carnage, although the BBC seems to be whitewashing it a little. Meanwhile, the American news media is too busy wadding their knickers over trivialities to cover the rioting.

This one picture that’s been passed around the Twitters  perfectly combines the left’s violence and narcissism in one image, or would if someone were pounding on a free speech advocate with a bike lock in the background. 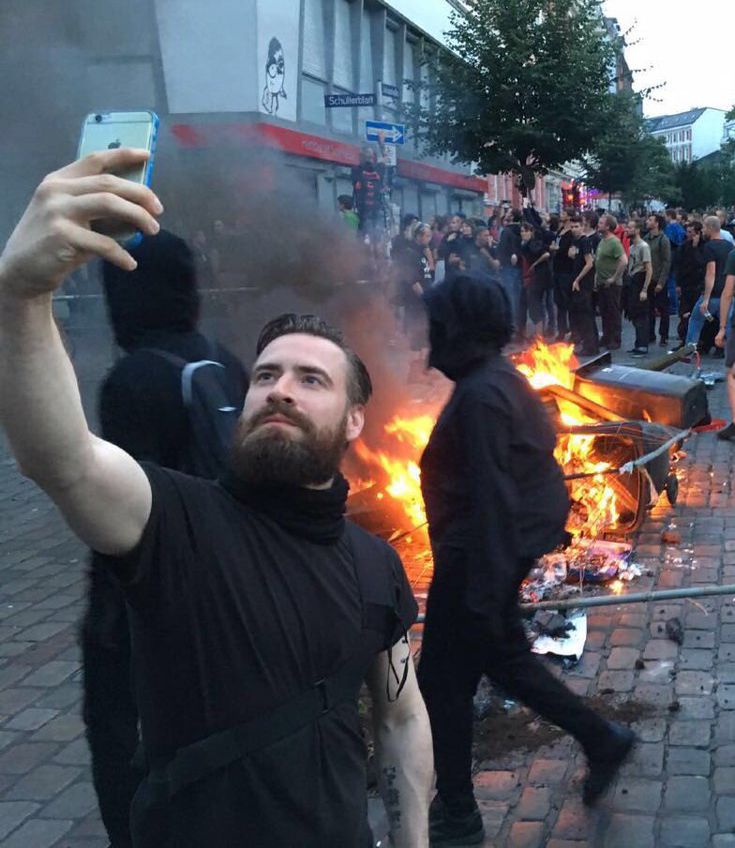