When you use your children to signal to your peers how tolerant and accepting you are. 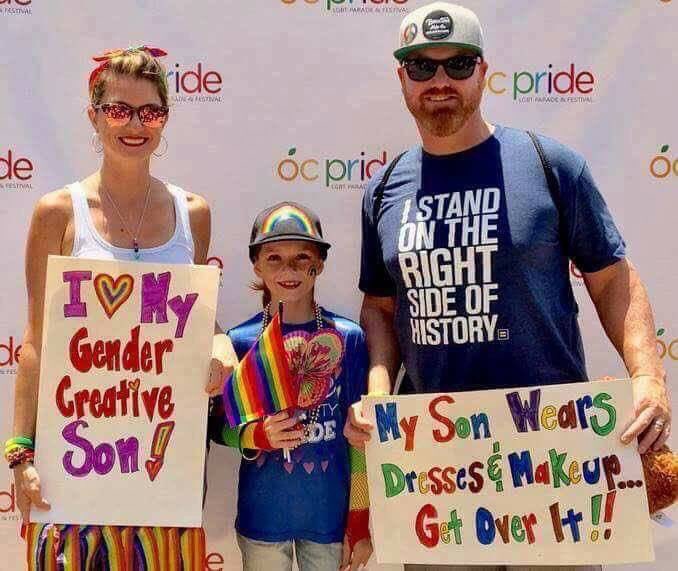 This is sweet. Wait until this poor kid grows up, realizes what you’ve done, and stuffs both of you dismembered into a freezer in the garage