The US Senate prides itself on being ‘the World’s Greatest Deliberative Body.’ The man in the picture below is the junior senator from Minnesota. (He once said he was happy when gay people were murdered.) 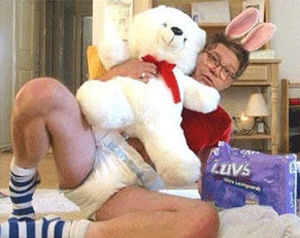 Additionally, this august body includes Senator Dick Blumenthal, who lied about his Vietnam military service (he had none) and that he was captain of the swim team at Harvard. He wasn’t. Also, there’s Senator Elizabeth Warren who lied about being an American Indian in order to advance her career. It also includes Senator Kamala Harris who started her political career as the sidepiece to California Assembly Speaker and San Francisco mayor Willie Brown, who appointed her to political boards in exchange for her… um… services. And then there’s Senator Patty Murray, who praised Osama Bin Laden for building day care centers and whose college major was … I am not making this up… “recreation.”

And previous senators included Ted Kennedy, re-elected six times by the people of Massachusets after leaving a woman to drown in his Oldsmobile after drunk-driving off a bridge. Senator Kennedy also notoriously made a “waitress sandwich” in a DC restaurant with another Senator – Chris Dodd of Connecticut, who was subsequently drummed out of the senate for being on the take with Countrywide mortgage.

Not to mention, the membership of the US Senate included a real-live actual former Ku Klux Klansman, Robert Byrd; who was an elected member of the United States Senate for over half a century? (Hillary Clinton praised Grand Kleagle Byrd as a “friend and mentor.”)

So, why not Senator Robert “Kid Rock” Ritchie? Yes, there will be better people running. This guy for example perhaps. But the notion that electing Kid Rock would bring down the standards of the US Senate is laughable.

(A version of this post appeared on Ricochet yesterday)