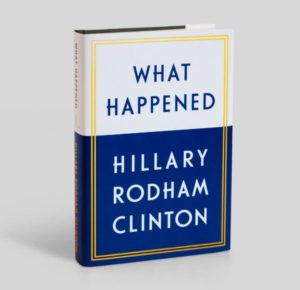 This is, from what I understand, the no-kidding, title of the campaign biography HRC is having ghost-written for her.

1. “I Was a Terrible Candidate and Everybody Hated Me.”
2. “I Got Lost on the Way to Wisconsin.”
3. “I forgot that winning the popular vote in California where there are no controls on illegal voting doesn’t mean sh-t.”

4. “I hired a Millennial twink to run my campaign with a staff of Brooklyn hipsters who thought campaigning in the Rust Belt was beneath them.”