This is one perspective, and I know of no reason it should be considered illegitimate. I tend to agree that the reason for forcing the military to accept transgendered people is an emotional one. “It’s not fair!” is the tantrum-cry of a spoiled child, not a reason-based argument. To me, the question is whether the military will be better at its primary mission if transgendered people are in it. That should be the only question in consideration of what the rules ought to be. 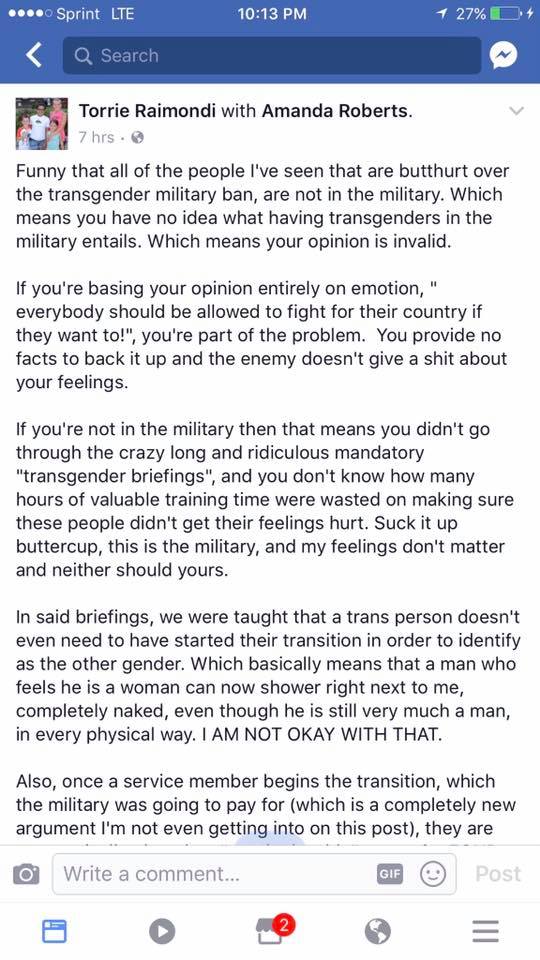 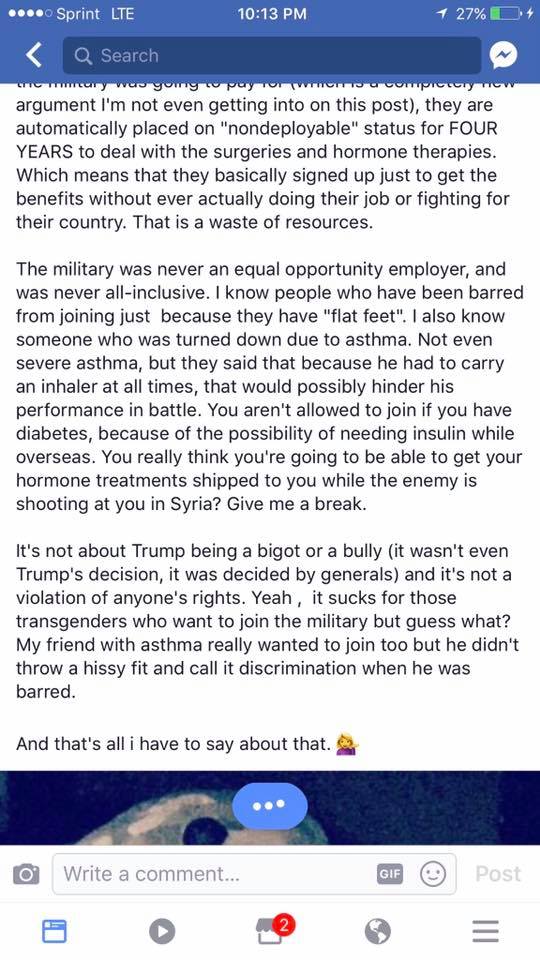