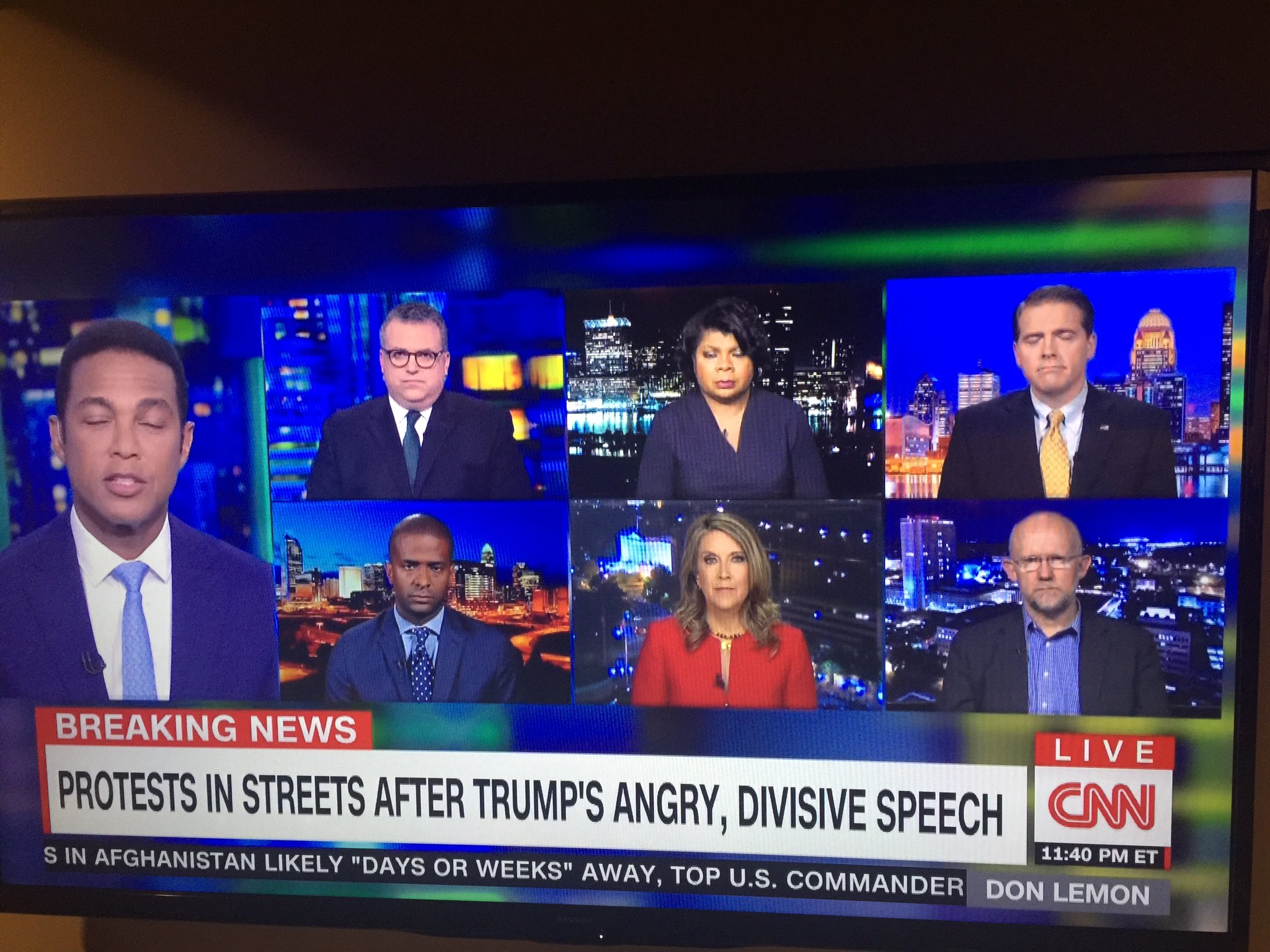 “CNN doesn’t like PDT’s speech in Phoenix so they trot out Don Lemon to call it ‘unhinged.’ Don Lemon, the man who got sloshed on the air during New Year’s Eve. And who thought that that the missing Malaysian airliner got sucked into a black hole. The man is 100% certifiable. Listening to him complain about Trump’s mental state is like hearing a lecture on chastity from Bill Clinton.”

I hope whatever George Soros paid this guy to protest was worth it.

In footage captured by Phoenix, AZ CBS affiliate KPHO, an apparent Antifa protester in the vicinity of the Phoenix Convention Center, the site of a rally hosted by President Donald Trump, was hit by a pepper ball.

More from the AM Grab Bag: Bill Clinton’s Wife says that it was creepy being onstage with him at the second debate, what with all the accusations that he groped women and stuff. She never complained about hanging out with Anthony Weiner.

Leftists are buying up “F–k Trump” lipstick. Yeah, they wish.