Carlos Slim’s New York Times has lately been on a tear openly promoting communism. So…. we will run with that.

Socialism is like a nude beach: sounds pretty good until you actually see it pic.twitter.com/YigBOkG8Lb

And, apparently, there’s a West Pointer who loves racist mass murderer Che Guevara and is rooting for the victory of Communism. (Or, just bucking to get kicked out.)

On the one hand, Communism butchered 100M people in the 20th Century,  and in the 21st, made the country with the largest oil reserves in the world a place where people are eating their pets to keep from starving. He looks like the sort of douche-canoe who’d actually like that system. 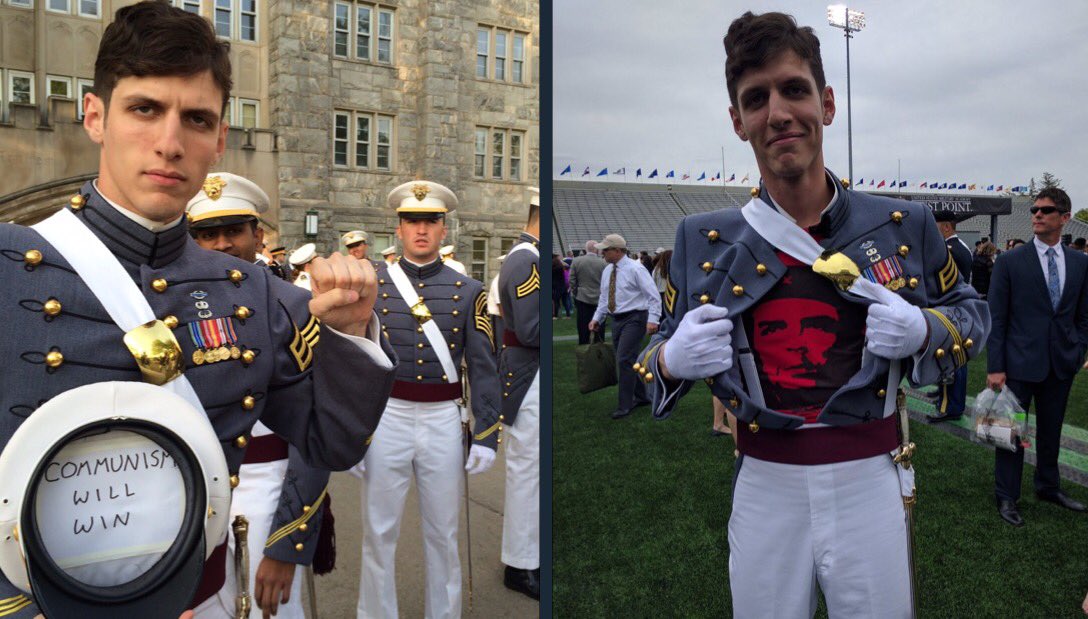