The left is so stupid that they think kneeling is a form of protest. It’s a gesture of submission, dumbasses.

OTOH, when the left is being stupid, they’re being violent. Case in point: 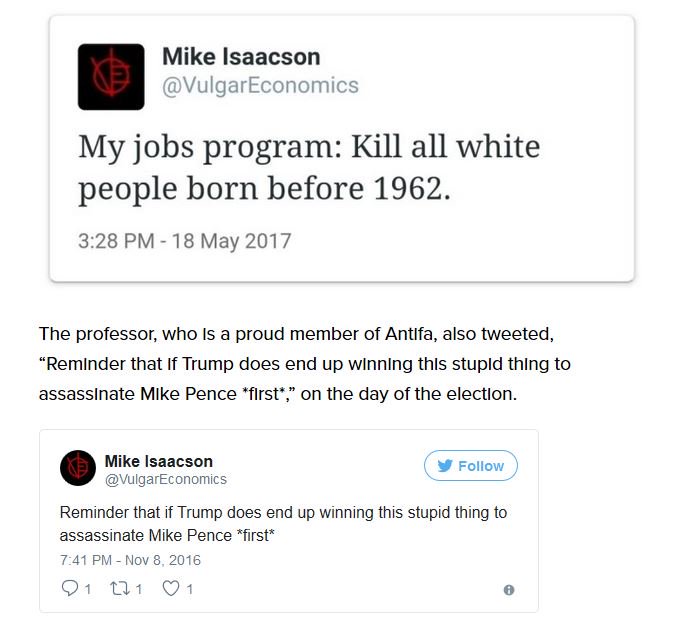 Or better yet… violent AND Stupid.

Formed in May 2017 and based in New York City, the Revolutionary Abolitionist Movement (RAM) is a contingent of the Marxist/anarchist Antifa movement which has made many headlines this year with its violent, bloody attacks against conservatives from coast to coast. RAM’s self-described “revolutionary anarchists” are committed to waging “armed” warfare against American “fascism” ― the term that RAM employs as a synonym for conservatism. Rooted in what it calls “the context of the abolitionist struggle against slavery” ― and “dedicated to freeing people from bondage and building resistance in the United States” ― RAM contends not only that America was “built on slavery and genocide,” but also that “modern slavery and mass brutality” against black people “persist unchecked” to this day.

Ain’t it funny how none of these “anti-colonialist” groups seem very eager to leave North America and return to the lands of their ancestors?