Pro-Tip: If you’re a hack left-wing politician trying to help the media create a ‘Katrina’ narrative to attack a Republican president… you probably shouldn’t be complaining about not getting any help in front of massive pallet loads of relief supplies. 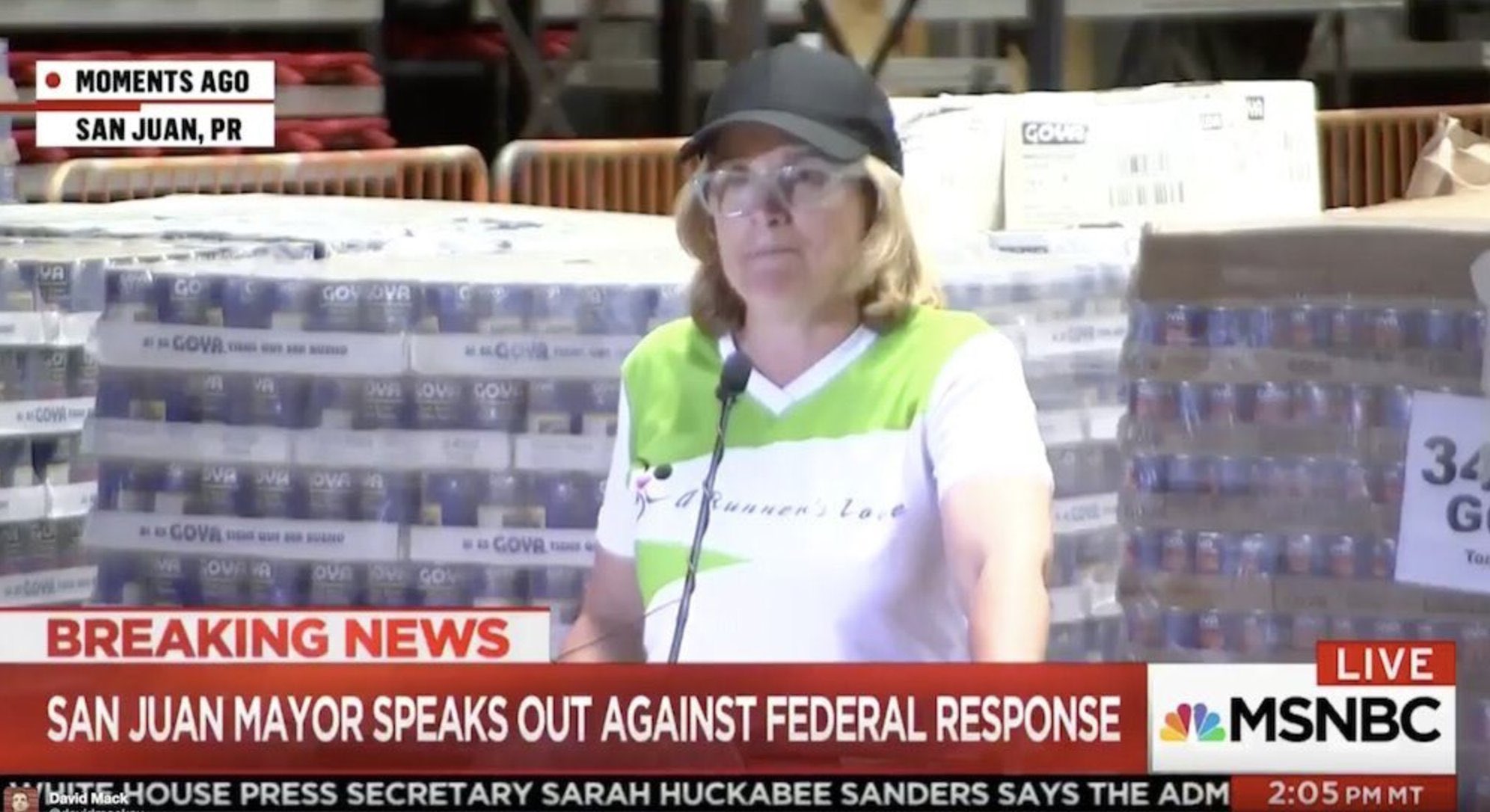 Funny how amidst all the devastation and shortages, the Democrat Mayor of Puerto Rico was able to find a custom-printed T-shirt that supports the Democrat ‘Katrina’ Narrative. Maybe that’s what she was doing instead of meeting with FEMA and other relief agencies. 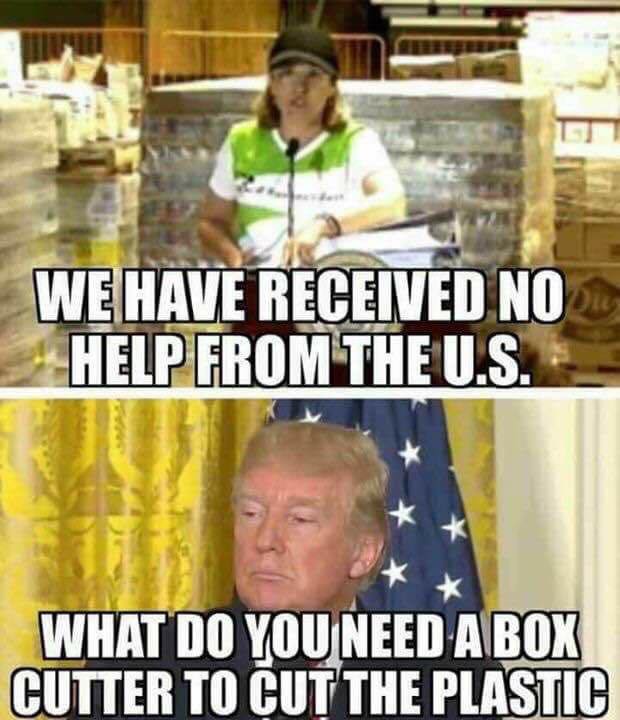