The Westboro Baptist Attention Whores are joining the NFL #TakeAKnee protests, but are being far, far more honest than the players about with the protests are really about. 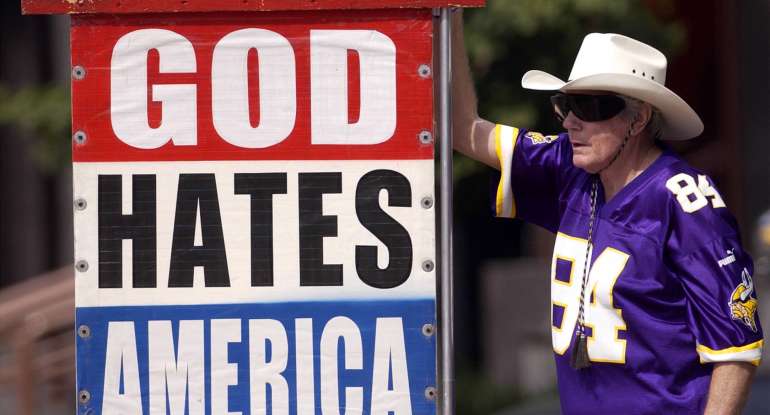 Well the NFL said these protests were about #Unity, and here we see they’ve united with @BlackLivesMatter, the Democratic Socialists of America, Antifa and the Westboro Baptists. Yea, Unity!

I think it’s fair to apply the progressive left’s Rule of Association here; the Entire Membership of Movement Is Defined by its Most Loathsome Contingent. If every Trump supporter can be labeled a white supremacist because a few white supremacists support Trump, then by consistent application of the Left’s own rule, all #TakeAKnee supporters are Westboro Baptist supporters.