This is the cover of the Time news-pamphlet. 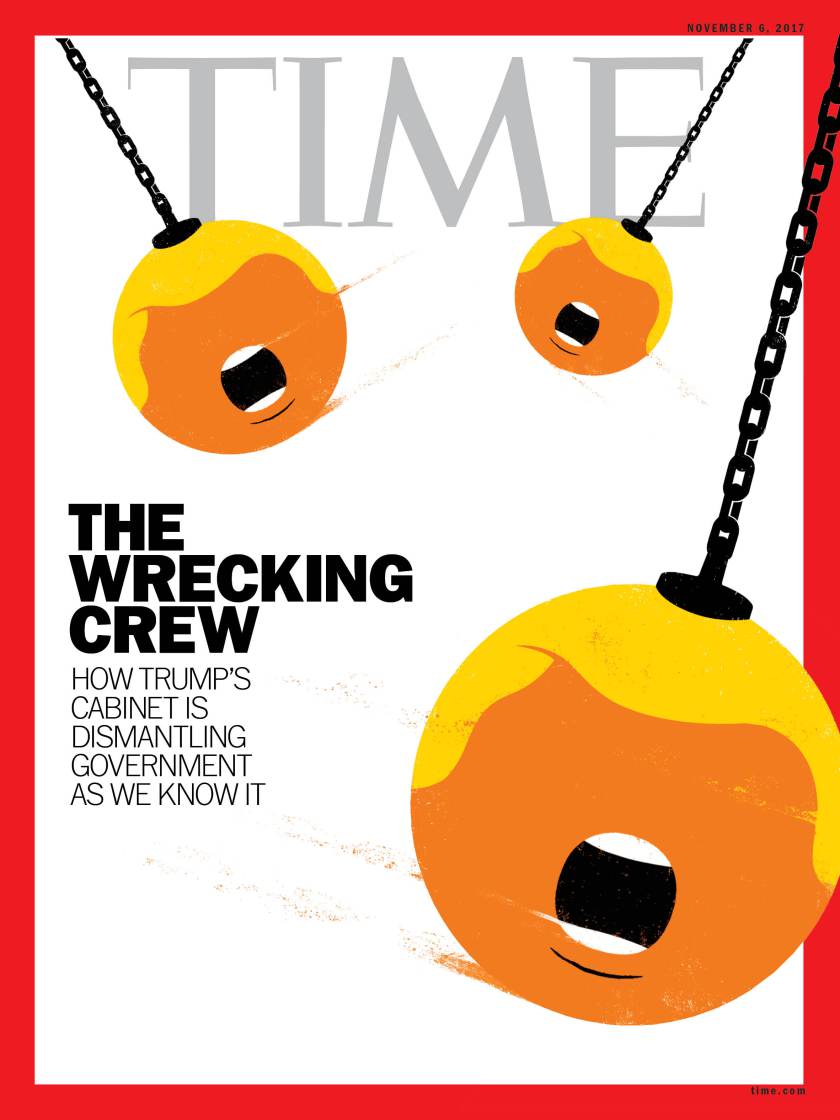 Trump is not dismantling “Government,” he’s trimming (not nearly enough in my view) a bloated, heavy-handed, highly corrupt Federal bureaucracy. Which I guess is sort of the progressive definition of “Government.”

The progressives will sneer in return, “Why don’t you move to Somalia if you hate Government.” This is the quintessential progressive argument; an emotive, hyberbolic reductio ad absurdum. As if there is no middle ground between complete dystopian anarchy and a dystopian, Terry-Gilliam’s-Brazil-like. Brobdingnagian Leviathan bureaucracy that not only does things like:

Not to mention, in the hands of a corrupt administration these agencies become weaponized against critics and opponents. Journalists who ask the wrong sorts of questions can be put in jail.  An administration can make sure supportive political groups are funded from public coffers while denying funding to opponents.

They can even use Federal Law Enforcement agencies and Intelligence Services to attack political opponents.

But the progressives insists… it’s either that, or warlords shooting at each other from rooftops while our cities all become Mogadishu. (Some of them are already there.)  The idea… the concept… of having a Government that does no more than those things for which there is no private alternative is not a thing they can imagine.

But getting back to Trump, if he is to any degree “dismantling Government as we know it,” more power to him.  He’s only doing what “conservative” Republicans have been promising to do for the past thirty years. Every time a Republican Congress has struck a “budget deal” it’s always been, “Yeah, we’re spending more money in the short term… but ten years from now, we pinky swear there will be severe cuts.”

Trump is at least moving a little bit in the direction of  downsizing Government to an affordable, responsible level. While I wish he would do more, faster… any reduction in the Federal Leviathan would have been unimaginable under a Jeb Bush or John Kasich presidency. (But they would have had very polite twitter feeds.)