Some gay douchebags in California (of course) decided it would be edgy and transgressive and shocking to the normals to do a Nativity Scene featuring Jesus’s Two Gay Dads. 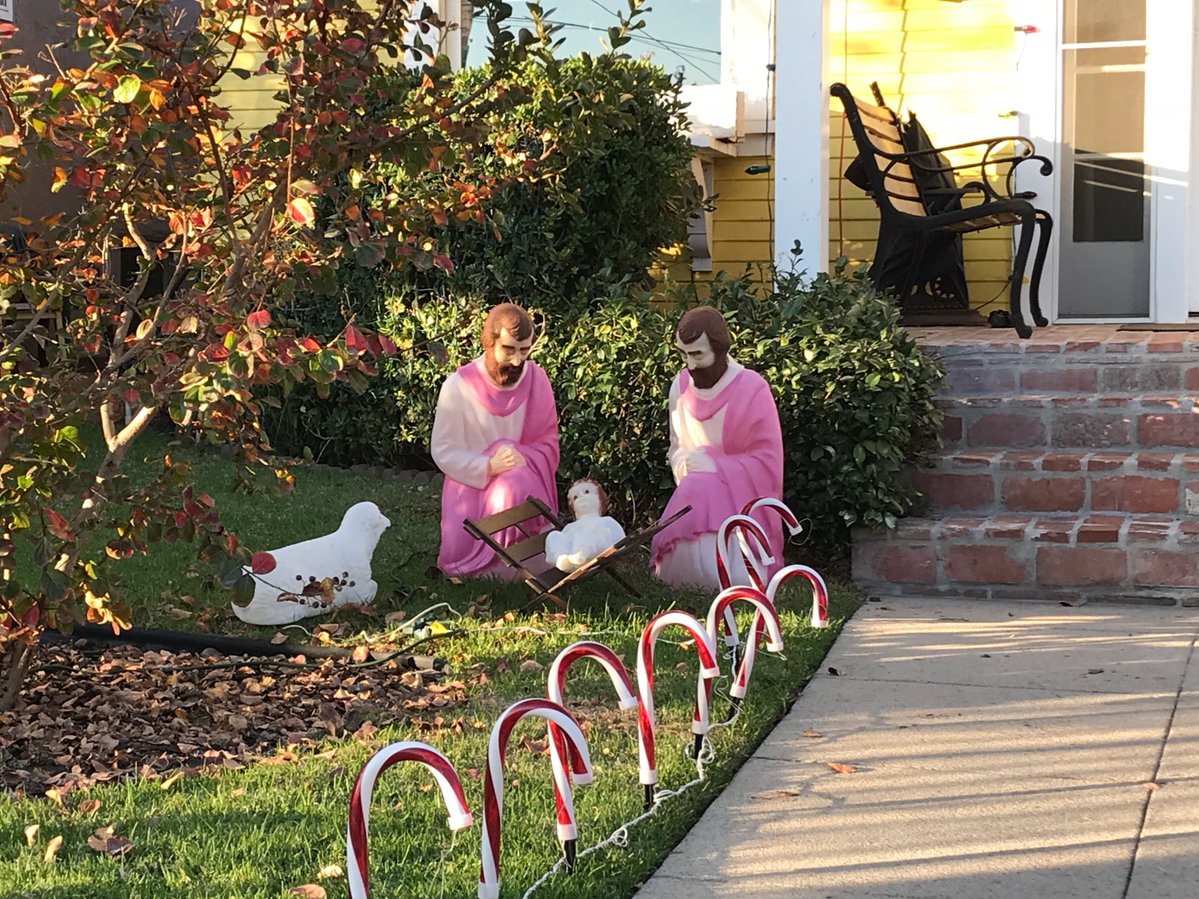 I’m not “outraged” about this, I just think it’s asinine and stupid.

Also, you know that left-wing website ‘Vox.com,” they are canceling the open bar at their ‘Holiday Party’ because they don’t trust their employees not to get drunk and engage in “sexual misconduct.” This New Puritianism is really something.

My other half works at a university. His department was planning a holiday party, but then a virtue-signaling divorced white woman (VSDW2) decided it would be offensive to the one Mohammedan in the department to call it a “Holiday Party” … I am not making it up … so now it has to be an “End of Semester Departmental Gathering” without any decorations or food that might be perceived as specific to that certain holiday in December that Shall Not Be Named.

The thing is, the Mohammedan doesn’t even care and thinks people are being too sensitive.