So, what do you guys think of this whole “Trump Is Crazy” meme the Democrat-Media Complex is pushing? On the one hand, I can sort of believe that anyone as old as Trump is probably not as sharp and certainly not as flexible as someone a couple of decades young. But I think it’s pretty obvious that this is yet another story driven primarily by Trump Derangement and desire to for ratings. Maybe Trump isn’t completely mentally tight, but the DMC has no credibility. (Remember how all questions about Hillary’s health were off-limits?) And neither do these other people who are sure Trump is mental: 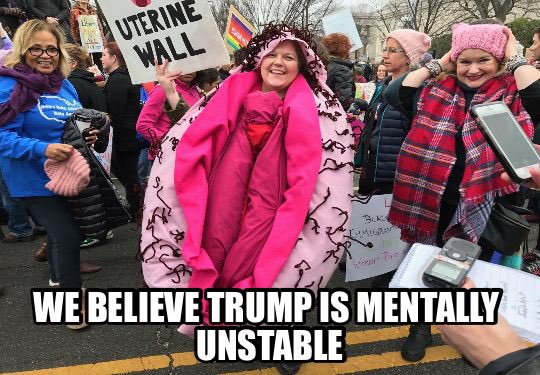