Andrew Klavan on the blunt force trauma that is Trump’s honesty.

Enter President Donald Trump. He is a rude and crude person. He speaks like a Queens real estate guy on a construction site. And because he does not have good manners, he thoughtlessly breaks the rules with which the Left has sought to muzzle those who disagree with them. In this regard, I frequently compare Trump to Randle Patrick McMurphy, the loudmouthed, ill-mannered roustabout from Ken Kesey’s brilliant novel One Flew Over the Cuckoo’s Nest. McMurphy comes into an insane asylum controlled by a pleasant, smiling nightmare of a head nurse named Ratched. Nurse Ratched, while pretending to be the soul of motherly care, is actually a castrating, silencing tyrant. Her rules of good manners, supposedly fashioned for the benefit of all, are really a system of mental slavery. All of McMurphy’s salient character flaws suddenly become heroic in the context of her oppression. Only his belligerent ignorance of what constitutes good behavior can overturn the velvet strangulation of her rule.

For Nurse Ratched, read Hillary Clinton, CNN, the New York Times, Yale University, Twitter, and Google/YouTube–all the tender ministers of polite silence and enforced dishonesty. If Donald Trump’s boorishness crashes like a bull through the crystal madhouse of their leftism–well, good. It’s about time.

He could have added NeverTrumpers like Jeff Flake and Bill Kristol to that list as well. Trump may or may not have said that Haiti and certain African countries were trous de merde, but supposing he did, it was in line with Trump’s politically incorrect way of characterizing situations accurately — if crudely — instead of using the politically correct euphemisms of the political class.

Trump speaks the truth bluntly, and it drives his detractors insane. Witness New Jersey Senator (and Obama-wannabe) Cory Booker’s meltdown in the senate where he cried like an emo girl over the alleged characterization of Haiti as a trou de merde. (Booker knows a thing or two about s-holes, having once been Mayor of Newark; a city that was such a s-hole he apparently didn’t live in it during his time as mayor.) [Also, NJ is a s-hole state that will send you to prison for having a locked and unloaded pistol in the trunk of your car because “common sense gun laws.”)

The left, in the 2016 election, routinely mocked Trump supporters over the supposed absurdity that the Billionaire Trump could relate to the working class. Trump was talking about bringing back jobs and making communities safer. The Democrat Left was talking about importing more Syrian “refugees” and mandates for transgender bathrooms. And they accused Trump of being out of touch.

The Democrats have nothing to offer the American middle and working class. More and more see through the Democrats’ redistribution schemes, that the higher taxes do not pay for better services, but only increase the armies of bureaucrats. The Democrats need Government-dependent third world migrants to pad their voter rolls. This is the truth, but they can’t admit to it. So they demagogue on race.

“The Democrats always demagogue race. They cannot debate issues. They have no agenda in dealing with the problems that Americans face.”

I would only add that the Republican Establishment also does not have much of an agenda for the middle class. The Democrats are used to cowing establishment Republicans like the Bushes with charges of “racism,” and watching them cringe and fall in line. It doesn’t work with Trump. It’s driving them crazy. 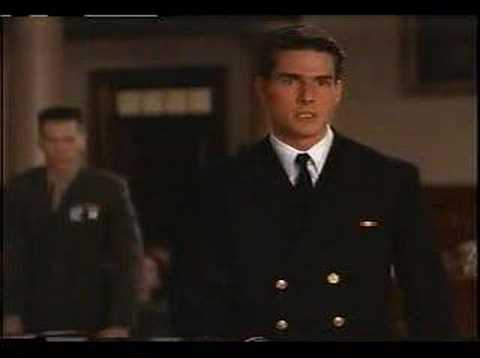 Jack Nicholson was actually the hero.