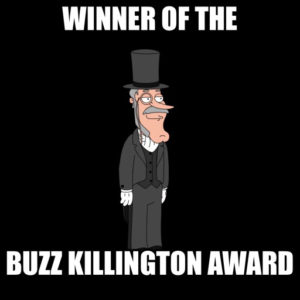 Yesterday, SpaceX successfully launched its Falcon Heavy rocket into space, carrying a ballast payload that… just for fun… consisted of a red Tesla Roadster with an empty spacesuit strapped in the front seat. Most people thought this was pretty cool.

But not to Buzz Killingtons like Nathan Robinson at the far-left The Guardian, who felt the need to virtue-signal How Much He Cares About Important Things:  Why Elon Musk’s SpaceX launch is utterly depressing:

There is, perhaps, no better way to appreciate the tragedy of 21st-century global inequality than by watching a billionaire spend $90m launching a $100,000 car into the far reaches of the solar system.

Musk said he wanted to participate in a space race because “races are exciting” and that while strapping his car to a rocket may be “silly and fun … silly and fun things are important”. Thus, anyone who mentions the colossal waste the project involves, or the various social uses to which these resources could be put, can be dismissed as a killjoy.

Yeah, Buzz Killington, you are a killjoy. Because those “Syrian Refugees” you virtue signal about in your piece were going to be in exactly the same situation if Elon Musk didn’t fire off his rocket. And as for income inequality, the socialism you advocate levels it by making 99% of the populations of Cuba, Venezuela, and Zimbabwe miserably impoverished while the political elite are billionaires. You sure don’t seem to have a problem with Fidel Castro, Hugo Chavez, and Robert Mugabe being billionaires.

I will agree with Buzz Killington on one point, though.

Musk’s empire is fueled by billions of dollars in government subsidies. The Los Angeles Times revealed in 2015 that Musk’s companies benefitted from “grants, tax breaks, factory construction, discounted loans and environmental credits”, plus the tax credits and rebates that are granted to consumers for buying his products.

The average household income of a Tesla purchaser is in the hundreds of thousands, yet the federal government pays people $7,500 to buy them through tax credits, and many states offer their own cash handouts. Because we’re all giving Elon Musk money, what he chooses to do with that money is very much our business.

And just where do Elon Musk’s tax breaks and payouts come from? Leftists who felt the need to virtue-signal about concern for the environment by creating those very policies. You guys hate the free market and were convinced it would never lead to your Green Socialist Utopia. So, you guys… YOU GUYS… created the policies that diverted taxpayer funds into Elon Musk’s bank account. But that was okay, because Environmentalism is your secular religion; and you have no problem with the State supporting that.