And here we see the North Korean cheerleading squad doing a pitch-perfect impression of the American press during the Obama years. 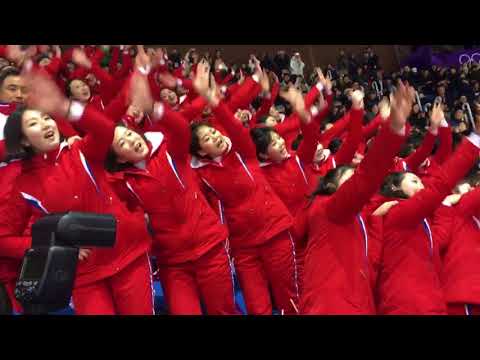 The difference being that American journalists did it out of sheer adoration, and not because the regime was going to murder their families if they missed a cue.

Normal person: How does a human mind allow itself to abandon free will and become a cog in an omnipotent police state cult?
Media: OMG the North Korean cheer squad is so ADORBZ

Update: The unveiling of the god-king Obama’s presidential portrait provided another opportunity for religious adoration. The American press did not disappoint.

Barack Obama’s portrait shows him not as a self-assured, standard-issue bureaucrat, but as an alert and troubled thinker.

Update:  The Social Justice left emulates North Korea: No criticism of the new social justice movie will be tolerated.