Hillary Clinton, in India, bashing Middle America as racist and backwards. {By the way, she’s only saying what most coastal Democrat leftists actually believe.} 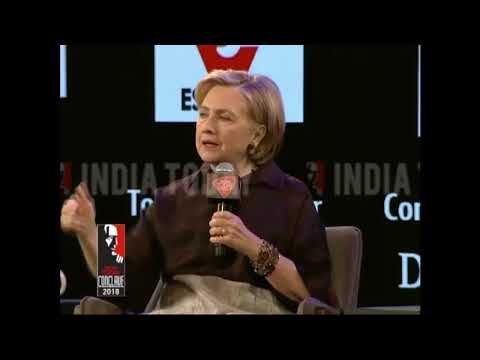 By tomorrow, Hillary and her apologists will be claiming that the video was “heavily edited” and her remarks were “taken out of context.”

Felonia Von Pantsuit went on to say that women who voted for Trump only did so because a man told them to.

She went on to say that white women face an “ongoing pressure to vote the way that your husband, your boss, your son, whoever, believes you should.”

Make sure you check the video of Von Pantsuit stumbling down the stairs that runningrn linked in the comments. It’s schadenfreudlicious.