At the start of this past week, a Democrat City Councilman in the capital city of our country speculated that a Jewish conspiracy was manipulating the Earth’s weather in order to control urban areas.  I am not making this up.

D.C. keep talking about, ‘We a resilient city.’ And that’s a model based off the Rothschilds controlling the climate to create natural disasters they can pay for to own the cities, man. Be careful.”

To bookend that, the Democrat Feminist Naomi Wolf (the one who advised Al Gore to wear Earth tones in order to project a more Alpha Male image) blames Chemtrails for controlling the weather over New York City. I am also not making this up. 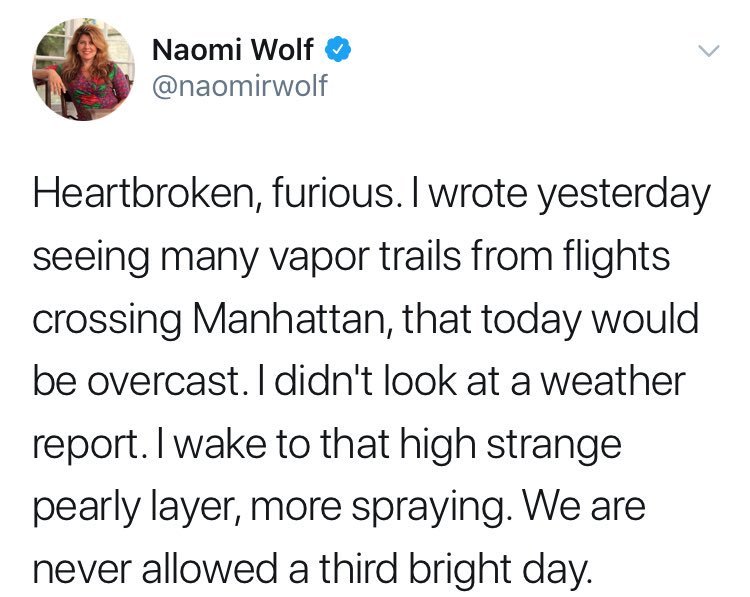 She also says the evil Nestle Corporation is behind the chemtrails.

When we noted major corporations such as Nestle have been buying up municipal water rights, hedge funds betting on water scarcity — and that cloud seeding redirects (doesn’t create) water — we got a flood of trolls. (Corps can hire troll farms, not just Russian). I say we look.

Of course, the Deep State exists. It only became a “Conspiracy Theory” after PDT started talking about it.