Turning Point USA was at the Gun Control March in Saturday and asked some of the people who want to ban assault rifles if they even knew what an assault rifle was. Spoiler alert: They did not and also they were rude, obnoxious, and foul-mouthed. (You should check out the video before YouTube deletes as part of the Ongoing Social Media Purge of Conservative Ideas.)

Here’s an idea. Congress should propose legislation making it illegal to sell fully automatic assault rifles to civilians without a Federal license and require Federal background checks on the sales of semi-automatic rifles.

Most of these VSP (Very Stupid People) have no idea that that is actually the current law.

After the jump, a VSP tries to advocate for gun control and ends up endorsing domestic violence instead. 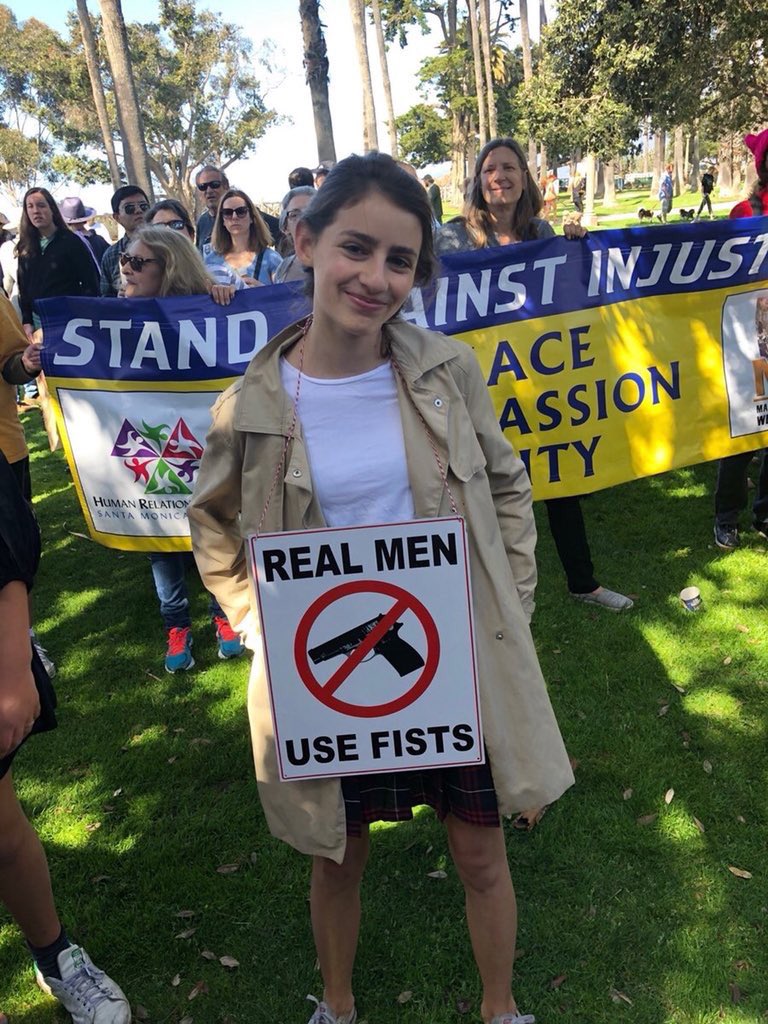