Once again, the progressive left is battling reality with hashtags; because they’re idiots. 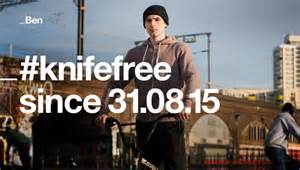 Yes. The above is from an actual Airstrip One media campaign to give jobs to soyboys and soygirls in the graphic arts community.

That is, without a doubt, the stupidest thing happening on Airstrip One this week. But this is a damned close second.

A Pride event in Glasgow has banned drag queens from performing, after committee members decided acts could offend trans people.

Free Pride Glasgow, which bills itself as an anti-commercialist alternative to the Scottish city’s main Pride event, said trans and non-binary committee members were “uncomfortable with having drag performances“.

The organisation said in a statement that it hopes to create a safe space for all members of the LGBTQIA+ (lesbian, gay, bisexual, trans, queer, intersex, asexual) community, and that while the decision may “disappoint” some people “the needs of the most marginalised groups within our community come first.”

It went on to stress that attendees can wear “what they want” and “express their gender how they please”, but that “self-described drag acts” would not be allowed to perform.

I guess this is why I could never be a leftist. I’m not stupid enough to think that hashtags are the solution to everything (“#BringBackOurGirls”) or obsessively fret about people who are so into drama that not offending them is simply unpossible.

And while we’re on the topic of leftists being stupid.

A school district in Pennsylvania has come up with a unique response to the Parkland shooting. The district spent about $1,800 to arm all of its teachers with miniature baseball bats.

We really do not deserve to survive as a culture.