See Elijah Cummings on Face the Nation today? Ha ha.. either he’s a complete moron, or he’s hoping we all are:

DICKERSON: The Republicans would say — you mentioned the e-mails had nothing to do with Benghazi, but they would say you can’t get to the information about Benghazi unless you know what the key person…

(CROSSTALK) […was writing in her emails, which, naturally she’s stonewalled against the Congress’s right to see in its oversight capacity.]*

And keep in mind Colin Powell and Condoleezza Rice have not turned in one page. So, we have a microscope over her entire tenure as secretary of state. It’s going to be interesting.

DICKERSON: It is indeed. Mr. Cummings, thank you so much for being with us.

The “microscope” line is particularly rich considering the emails in question (in fact, all emails the Congress and the public has ever been able to see from the former leader of one of our government’s most influential and impactful departments) are only known of and available after they’d been pried from her cold, dead server thanks to FOIA requests and, ahem, an FBI investigation. But anyway…

Point is though, why stop shy of criticizing Powell and Rice (mentions of either of whom, by the way, is a non sequitur)? Come to think of it, Mr. Cummings, that Lawrence Eagleburger musta had something pretty shady to hide considering we’ve never seen even one of his emails. Yea, and that Thomas Jefferson… probably got a lot of stuff stashed away on that server too.

Sheesh… the ends Hillary’s shills won’t go to in order to protect her.

*Who the hell knows if John Dickerson was trying to ask that… But if there existed actual reporters today and fewer shills for Hillary Clinton, that’d be a pretty logical thing to ask and we’d have heard it and had it answered a long time ago.

-Nick (ColoradoPatriot, from The Casa) 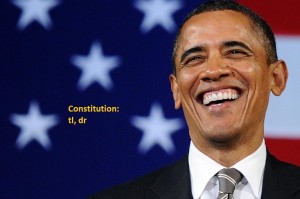 – Nick (ColoradoPatriot, from The Casa)

Consider that, when needed, the purpose of hiring an excellent trial lawyer isn’t so much to ensure that justice is done as much as it is to ensure that a judge or jury sees things your way and grants you remedy. After all, what you want at the end of the effort is your legal hired gun to know the ins-and-outs of the litigatory milieu and have the moxy and chops to use that knowledge to bring about the desired end (which is to say, your legal victory, not necessarily a smile from Iustitia). You want justice done … as you see it. That’s why you hire a guy who knows how to work the system (the definition of a competent trial lawyer).

Brings us to electing a Constitutional professor and lawyer as president of the United States. What we’re seeing, all these years hence is that a Constitutional scholar and educator isn’t so much the lover of the Constitution itself as he is the smooth operator who knows just how to manipulate it to his (and his constituents’) ends.

Just like a trial lawyer who knows the law enough to make it work for his purposes, but not because he’s a law-ophile, this Constitutional expert knows plenty about his subject… the better to bend it to his wants.

– Nick (ColoradoPatriot, from The Casa)

…surprised I even can log in here anymore 😉
Sorry to be away so long, but this one came to me in a flash and figured I’d put it together (amateurishly) and throw it up: 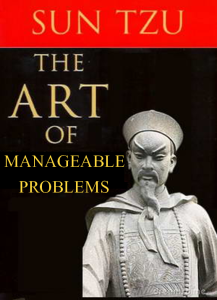 Rather than completely plagiarize Jonah’s recent post at NRO, I’ll simply post his best quote, and leave it to you to read the rest. The VA is:

the one institution and/or constituency that enjoys huge bipartisan support. The VA, rhetorically and politically, is more sacrosanct and less controversial than Medicare, Social Security, road building, the NIH, or public schools. We are constantly told that we could get so many wonderful, super-fantastic things done if only both sides would lay down their ideological blah blah blah blah and work together for yada yada yada. Well, welcome to the VA. How’s that working out for you? 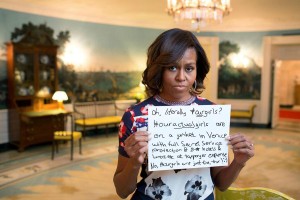 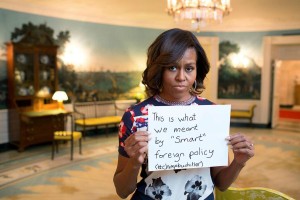 END_OF_DOCUMENT_TOKEN_TO_BE_REPLACED

My favorite line: “If the rest of us actually want to address the sort of racism that’s screwing over today’s minorities we’d do better to bust down barriers to work and the drug war and tear apart the school monopoly.”

I’m a little perplexed at the complexities of contract law that allow one man to declare that another man is for life banned from association with an entity that he lawfully owns. But then I’m just a simple military dude…

Anyway, what’s even more vexing for me is the existential consideration that Donald Sterling is, at his most fundamental level 100% exactly the same person today as he was five days ago when the NAACP was poised for the second time in five years to celebrate his humanity and dedication to the race-baiting and shit-stirring organization.

The first lesson, I guess, is the one I’m learning more about all the time, and that’s that we shouldn’t have heroes. All men’s feet are made of clay. Some dudes are really good, some pretty nasty. Some share our beliefs in some contexts and to some extent, but we should always appreciate before we put anybody on a pedestal that everybody’s shit stinks. And the same goes for organizations. It may not come as much surprise to find that Paula Dean or Cliven Bundy or that duck guy might espouse racist feelings (and to be fair, some were on to Sterling in 2006), but when a group like the NAACP can make such an incredibly lazy mistake (btw, that first award he got from them was in 2009), kinda makes you think organizations like that have different motives, huh?

The second lesson is that you really should never believe people when they piss and moan about privacy. You don’t have to agree with or even do anything less than outright condemn Sterling’s comments as Neanderthal to appreciate that, were it not for a likely unlawful (in California where it occurred, where both parties are legally required to be knowledgeable of it) recording of an otherwise private conversation, we’d have a) never heard of this guy, and/or b) never known of his thoughts. And yet, so many privacy advocates are cheering his head on a stake.

But this isn’t about what Kareem himself acknowledged is a creepy lack of deference to privacy, per se. It’s that today we must live in a world of Schrodinger’s Racist. Here, someone’s beliefs on race are both racist and tolerant until his box is opened. A dude is not just obscurely unknown to the masses, but can actually be lauded and held up as a paragon of tolerance because of his outward and public actions. He’s believed to be pure and clean and totally un-racist.

Something tells me Sterling has felt this way for a long time—at least at some point since 1981 when he purchased the Clippers. Donald Sterling wasn’t punished today by the NBA because of what he is or what he believes (as chilling as that may sound…) No, he was punished because we found out about it. Someone opened his box and he must pay.

Bottom line is that anybody in public life either is or isn’t a racist. Or a homophobe. Or whatever… Without knowing the insides of his mind, he is neither racist nor non-racist, really. Only when we open his box to we learn. Curious, isn’t it, that he could have taken his actual feelings… the actual content of his character, if you will…to his grave, were it not for that recording. And we’d have been none the wiser.

Worse, thanks to the NAACP, we’d have believed him to be downright humanitarian by the very organization that feels (for some reason) it has the final say in such manners!

-Nick (ColoradoPatriot, from Houston, of all places…)

P.S. A corollary: Intellectual quiz: Can you think of any other instance where people have hidden who they are, what they actually believe, their true characters, out of fear of what ‘decent society’ would think? Can you imagine what the turmoil would be like of living with such a secret and knowing that at any moment you could be exposed and what that might mean to your life, your loved ones, your very livelihood? Ever think what it might be like for those people when they’re exposed and suddenly those who used to be friendly with them publically deny and spurn them? I dunno… just a stream of consciousness.

…I suppose in a nation that twice elected this schiester as president, the question answers itself to a degree.

But consider this: All winter, government spokespersons wondered, in puzzled bewilderment given the complexity and enormity of the entire enterprise of doing something that hundreds of private corporations do thousands of times daily with the ease of a bodily function, just how many people had actually so far at any point in time signed up for insurance under the ACA’s myriad state health insurance exchanges. For months on end, Secretary Sebelius and her minions, White House spokes-individual Jay Carney, even the president himself were left in befuddled speechless deer-in-the-headlights slack-jawedness over a simple question: How many people have signed up?

Nary a straight answer because…well, that sort of information is just so darned hard to come up with.

Lo! And Behold! The very day THE VERY DAY! the ball drops and all who are to receive insurance (and who haven’t fallen into about 15,832 ‘exemptions’ magically bestowed upon the populace by the benevolent dictator and his czars) must have signed up, suddenly the Administration appears from behind a magic curtain to announce that 7,100,000 citizens have indeed signed up for insurance. (Precisely ‘point-one’ more than their goal!)

Suddenly those impossibe-to-know numbers are well…right there at the fingertips of the president himself. Amazing, isn’t it, how reliable and precise are the Administrative Class?

Naturally we have an adversarial press, who after six months of having been given the Heisman Stiff Arm on their queries about numbers, will raise the flag on this fascinating turnaround. Right?

-Nick (ColoradoPatriot, from Dallas tonight, seriously, for some reason…)