… this should explain everything. 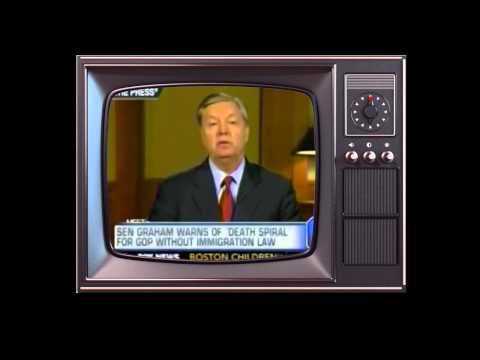 I realize that this whole “almost ran for Senate” thing is going to get old and I’m the last one to beat a dead horse.  But someone suggested today that I write some stuff about the experience that might be interesting for other people to read.  And there are some things I touched on (a bit) during the radio show that I didn’t include in the “official” blog post.  Also, need I remind anyone, a blog is supposed to be for crap like this.

One of the other big reasons for not tackling the Senate campaign is my health; the majority of which deals with my decade-long struggle with clinical depression.  Again, this isn’t breaking news — I’ve discussed it on the blog here in the past.

However, everyone of a certain age still remembers how mental health issues derailed the Vice Presidential candidacy of Thomas Eagleton. (And no, I haven’t had electric shock treatments!).  More recently, former US Rep. Jesse Jackson, Jr. seems to have dealt with depression to some extent – as well as criminal legal problems.

The fact of the matter is — I’m not sure I will ever be “cured” of my depression.  I had a really bad turn in 2010 which resulted in my life changing in ways I couldn’t imagine.  This is very personal stuff to discuss, folks, and not fodder for a political campaign — in my opinion.

Anyway, despite having my medication adjusted in 2010 — I still have bad days.  Well, I’d have to imagine one cannot have a “bad day” if one is running for public office.  And my brain doesn’t cooperate with me now — Lord only knows what it would have had in store for me.  And what people would have thought about those “bad days.”

As I mentioned on The GayPatriot Report last night, our mental healthcare system is a total mess.  Since I’m not running for public office, I can even call it a clusterfuck.  Thankfully, I have only had to personally be involved at a primary care level — but my previous corporate job (also mentioned on the radio) involved obtaining an in-depth knowledge of the mental health system in the USA.  Did I mention it SUCKS?

Read this book: Crazy: A Father’s Search Through America’s Mental Health Madness.  It involves a much more serious case of mental health than I could ever imagine dealing with.  But I witnessed glimpses of this in my job.  We treat our seriously mentally ill citizens in this country in our prison systems.  That’s messed up.

I also mentioned last night on the radio show my struggles with back pain.  There probably isn’t a day where I can sit in a chair longer than 20 minutes without being in pain the rest of the day.  I have worsening arthritis in my lower spine.  And yeah, that also sucks.

END_OF_DOCUMENT_TOKEN_TO_BE_REPLACED

When the grassroots effort began which led to me strongly considering a challenge to Lindsey Graham for US Senate in 2014 — I promised that I would conduct my efforts in a transparent manner through social media.

I’ve been relatively quiet about my decision making process this week.

That was by design. After the enormous reception I received at CPAC, my team of advisors and I thought it best that we keep a lower profile this week.

This has allowed us to do the quiet due diligence that we need in order to make a final decision on whether to enter the race.

I promised that there would be a decision by mid-April, and there still will be.

I’d just ask everyone’s patience with me as I consult with my family, friends and members of the conservative grassroots that I respect dearly.

Thanks and have a great weekend.

A leaked memo to the Charlotte Observer on Thursday night has political watchers’ tongues wagging across North Carolina today.

Read all about it, here at WatchDogWire.com – North Carolina.

Leslie Winner, executive director of the Z. Smith Reynolds Foundation, said she was “surprised and disappointed” by the actions of Blueprint North Carolina.

“(Z. Smith Reynolds) believes in robust debate on issues of public importance, (it) does not support attacking people,” Winner said. “We were disappointed to learn that Blueprint is advocating this strategy…

“We are taking this seriously. We are determining our options and our obligations. We will get to the bottom of it.”

Ashley Landess, president of the South Carolina Policy Council, the parent organization of The Nerve, this afternoon filed a formal complaint against Harrell, R-Charleston, with the attorney general, whose office said the matter would be forwarded to the State Law Enforcement Division.

In a letter this afternoon to SLED Chief Mark Keel, John McIntosh, chief deputy attorney general, said Landess has “brought to our attention today that there may be inherent conflicts of interest by potential witnesses with respect to any initial inquiry by the House Ethics Committee,” and that Landess referred the matter to the Attorney General’s Office for “handling as a criminal matter.”

The full letter from the SC Policy Council to Attorney General Wilson can be found at this link.

My latest post is up at Watchdog Wire – North Carolina.

Business owners in the state of North Carolina have been increasingly feeling the crush of the cost of unemployment taxes following the economic collapse in 2008.

Small businesses have been especially hard hit in keeping up with this tax burden as the rolls of the unemployed have swelled to record numbers.

Hopefully for the Schulz’s and other employers in the Tarheel State, the General Assembly is poised to take quick action.

One of the panels today at the National Review Institute’s Summit was “Solutions from the States.” The topics ranged from the transfer of income from high-tax to low-tax states, the impact of pop culture on conservatism and how to change it, and the broad wins at the state level that the Republican Party has had over the past several election cycles.

To that last point, John Hood – President of the John Locke Foundation – spent a few moments with me talking about how the strength of the state-based Republican Party can be translated to national prominence.

My new piece is up at WatchdogWire – North Carolina.  Here’s a snippet!

In Watchdog Wire’s exclusive interview with Senator Richard Burr (R-NC), he stated his support of the court’s ruling.

“Today the D.C. Circuit court rejected the Obama Administration’s executive over reach by finding unconstitutional the President’s recess appointments of officers to federal agencies. This ruling will help in the fight to restore that very system of checks and balances to our government. No president should seek to hijack an independent executive branch agency with unconfirmed political appointees.”

In addition to hosting duties at MatchGame Monday Night and The GayPatriot Report on The 405 Radio Network, I’m also the new editor of Watchdog Wire, North Carolina.   Watchdog Wire is “a place for citizen journalists to connect with other like-minded people in their area and across the nation. It will also serve as a platform to post original content on issues that are often ignored by the media.”

My first article at Watchdog Wire-NC is now up…. please read and let me know your thoughts.

Over the next 30 days, North Carolina is expected to become the site for the next battle over President Obama’s signature legislation, the Affordable Care Act (ACA). Former Gov. Bev Purdue had begun to implement the state-based exchanges under the ACA, however the newly sworn-in Republican Gov. Pat McCrory has put on hold those plans, at least for now.

If you are in North Carolina and would like to be a contributor, please email me: bruce-at-gaypatriot-dot-org.