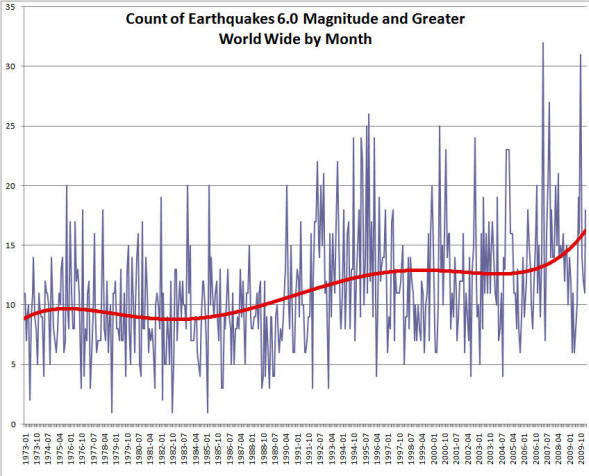 …. is obviously Bush’s Fault ™.  What other possible reason could there be?

So clearly I intended to write this posting a LONGGGG time ago. I’ve been saving it because both of these books are two of the best I’ve read in a long time. I strongly suggest them as immediate reading. (And in case the FTC is monitoring blogs now, I did not receive any compensation to make these recommendations!)

The first is a work of fiction (I hope) and the second is non-fiction/history.  Both are related to a potential catastrophe facing the United States of America and how its citizens do (or might) respond. 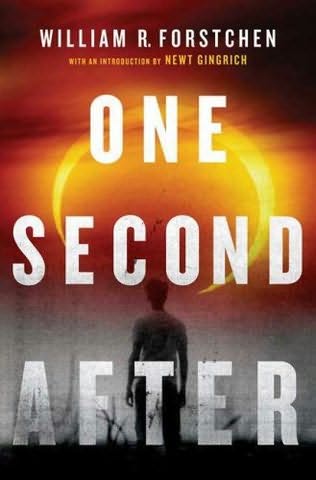 “One Second After” by William R. Forstchen tells the tale of a North Carolina mountain town that struggles to survive after a massive EMP (electromagnetic pulse) attack on the USA.  The science behind the fiction is as fascinating and disturbing as the storyline.  In brief, if you explode a nuclear weapon in the atmosphere (as opposed to at ground level), the EMP will fry every type of electronic/transistor in every piece of modern machinery. I don’t want to give away much of the plot — but involves a complete breakdown of civilized society because we are so wed to modern electronics to get through each day.

How serious is the EMP threat you might ask? Chillingly real.  There has been at least one Congressional hearing on the subject each of the past several years.  Here is a link to an account of the most recent (July 2009).

If you want a great “future is now” thriller that will keep you turning pages and crapping your pants wondering when this might happen for real — definitely buy “One Second After“. 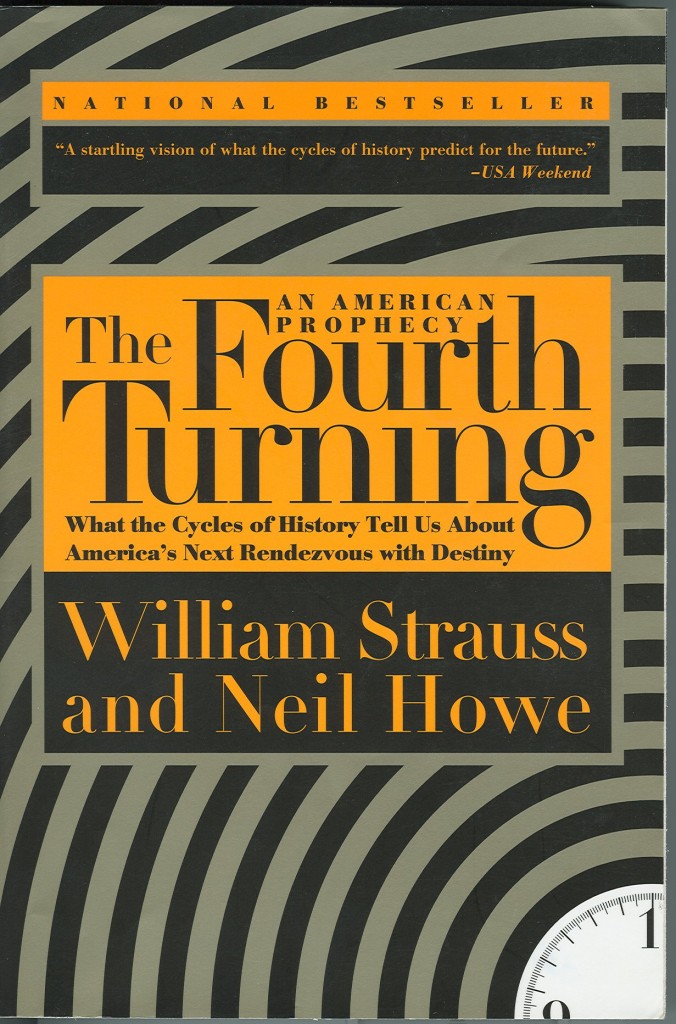 My second recommendation is a relatively “old” book (1997) that just came to my attention recently.  It is called “The Fourth Turning” by William Strauss and Neil Howe.   Here’s the Amazon.com review which sums it up nicely:

The Fourth Turning continues the project of mapping out the place of generations in history, a project begun in the authors’ earlier books Generations and 13th Gen. If millennial fever takes hold, The Fourth Turning may be only the first of an impending wave of pseudo-scholarly tracts prognosticating future (but imminent!) doom as we collectively close the books on this millennium. Those expecting a serious or dry tome might be put off by the authors’ taste for bulleted text and catchy phrasings, but can you blame these guys for wanting to make impending peril as exciting as possible? After all, they think we are headed toward “events on par with the Revolution, the Civil War, or World War II” in the next 20 years. Mixing solid understanding of present generational divisions, with some fairly broad generalizations, Strauss and Howe promise to move from history to prophecy.

Their other two books are now on my list as I’ve become fascinated with the different dynamics of generations, especially as it impacts American history and its future.  Many of their predictions from1997 are today’s headlines, so perhaps it is more impactful to read it now than when it was first published.

So there you go.  Two long overdue book recommendations from me — he who rarely has time to read a magazine!!  I read both of these quickly earlier this summer.  They are both engaging and terrifying at the same time.

My reading habits will hopefully improve since PatriotPartner got me an Amazon Kindle for my 41st birthday last week.  Yay!

Wait, I thought liberals claimed you would be committing crimes against humanity or the equivalent of denying the Holocaust if you questioned the religion of Global Warming?

I guess the BBC decided to depart from the Earthist Scripture this weekend:

For the last 11 years we have not observed any increase in global temperatures.

And our climate models did not forecast it, even though man-made carbon dioxide, the gas thought to be responsible for warming our planet, has continued to rise.

So what can we expect in the next few years?

Both sides have very different forecasts. The Met Office says that warming is set to resume quickly and strongly.

Sceptics disagree. They insist it is unlikely that temperatures will reach the dizzy heights of 1998 until 2030 at the earliest. It is possible, they say, that because of ocean and solar cycles a period of global cooling is more likely.

One thing is for sure. It seems the debate about what is causing global warming is far from over. Indeed some would say it is hotting up.

Aside from the bad grammar, this is quite a liberal media breakthrough.

It also kinda sucks when the ACTUAL WEATHER gets in the way of the environmental talking points, eh?

First, I give you the headline:Â  STUDY: Air Pollution Dimming World’s Skies (as published in the Charlotte Observer’s print edition on 3/13/09)

The skies are dimming, for most of the world. Increases in airborne pollution have dimmed the skies by blocking sunlight over the past 30 years, researchers report in Friday’s edition of the journal Science.

And now the most ridiculous statement from theÂ Associated Press that I have seen in quite some time (which doesn’t take much).

They reported that dimming is occurring everywhere except Europe, where declines in pollution have resulted in brighter skies.

REALLY?Â  So declines in pollution have brightened Europe’s skies, but the non-industrialized continent of Africa has higher “global dimming” than Europe??Â Â  That stretches the logic of man, weather and physics.

If Europe has been soooo good in reducing their polution, then the skies over Moscow should be experiencing brighter skies.Â  And what about Africa?Â  Is non-existent industrialization in Africa resulting in an increase in “global dimming”?Â Â  That should shoot to hell the Global Warming fanactics, eh?

The study does note brighter skies in Europe, but the AP is the one that editorializes as to the reason being “Europe’s declining pollution.”

The male gender is in danger, with incalculable consequences for both humans and wildlife, startling scientific research from around the world reveals.

The research â€” to be detailed tomorrow in the most comprehensive report yet published â€” shows that a host of common chemicals is feminising males of every class of vertebrate animals, from fish to mammals, including people.

And…is one study suggesting that chemicals are leading to gayness?Â  That’s the impression I got from this coyly-written paragraph in the news article.

And a study at Rotterdam’s Erasmus University showed that boys whose mothers had been exposed to PCBs grew up wanting to play with dolls and tea sets rather than with traditionally male toys.

Yikes.Â  This whole story is yet another demon to populate our nightmares in an already scary world.Â  And here I thought Harry Reid was enough….