I initially mistook him for a serious lefty, but Tyler Baines-Cadbury is my new favorite troll.

A reminder on Valentines Day that flowers cannot consent to being picked. What’s more, offering mutilated plant genitals to a female in exchange for access to her genitals is profiting directly from rape culture. This is known as rape horticulture.

Rape Horticulture is a serious issue that affects 95% of all flowers at some point in their lives.

When you can literally go to the countryside and be surrounded by whole fields of rape, that’s when you understand that as a society we still have a long way to go.

I will send him money.

IMHO, the model in this image seems to be a little too into it. 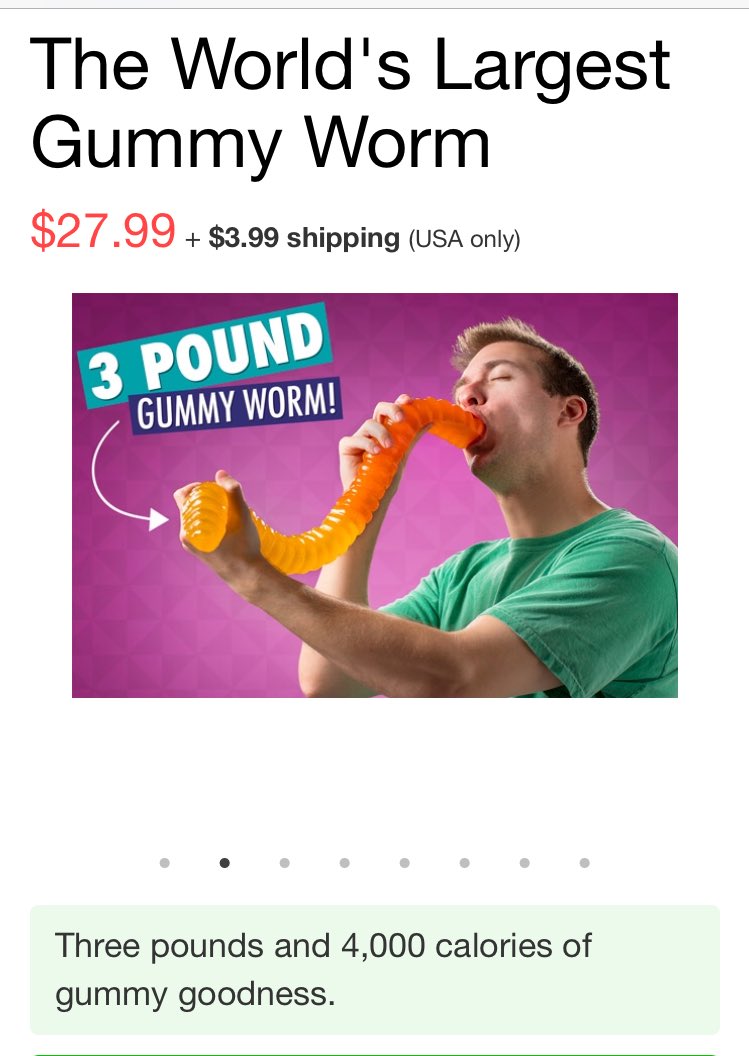 Turkey pardoned by Trump had multiple contacts with Russian officials

Grav E. Gobbles, a 4-year-old bird from western Minnesota, received a pardon Tuesday during a ceremony in the Rose Garden. But how Gobbles was able to secure a presidential pardon has come under scrutiny, sources say.

According to sources, Gobbles met privately on multiple occasions with Russian officials over the past year, leading some to allege a pumpkin pie-to-play scheme. In one instance, for example, Gobbles spoke with Russian Ambassador Sergey Kislyak, though the details of what was discussed are still unknown.

In fairness to Duffelblog, the Democrat Media Complex did find some petty nonsense to whine about at the (stupid) Turkey Pardon Ceremony. And other leftists went into poo-flinging Trump Derangement. And MSDNC anchor Joy Reid says Trump derangement now makes her hate the Turkey pardoning nonsense as much as I do, albeit only because she is out of her mind with Trump derangement. I just hate stupid, childish political pageants. Just eat the damn thing or feed it to homeless veterans or whatever.

“Boys, I’d like you to say hello to your new Scoutmasters, Kevin Spacey and Charlie Sheen.” 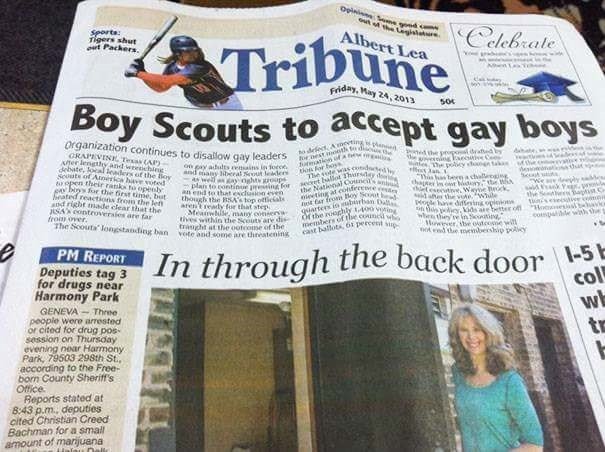 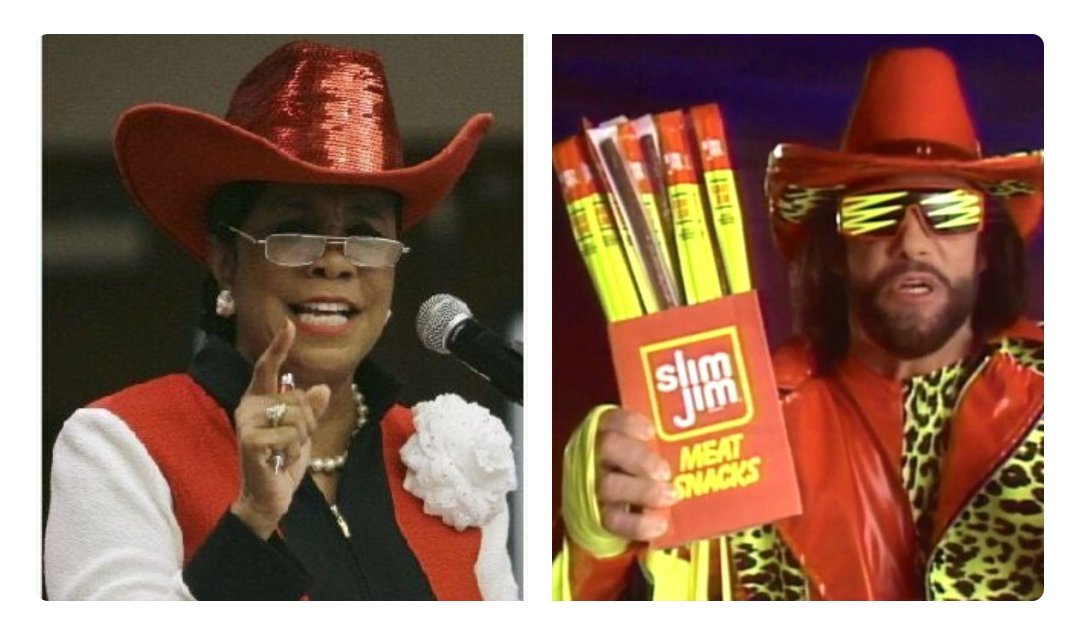 Tip of the Helmet

UPDATE: Here is the difference between activism and the Alt Left. 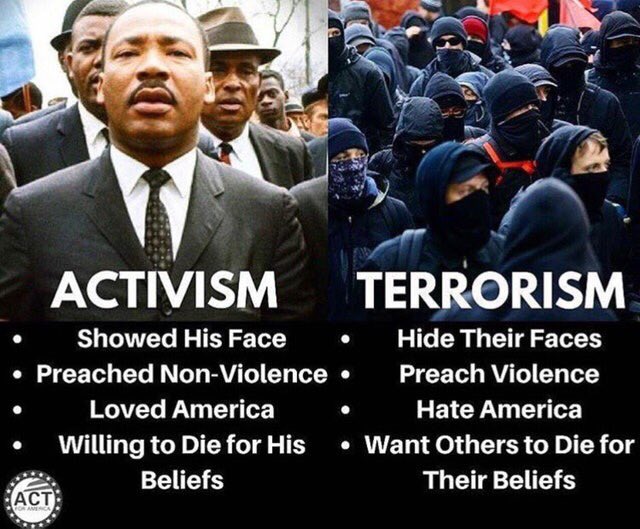 Louder with Crowder discovers that left-wing homosexuals are “a blast, fun to be around”. (OK, Crowder knew already.)

I daresay that the reference is not only to the James Damore situation (which technically is not about free speech; it’s more about working conditions and the illegal, retaliatory firing of a whistleblower), but also to:

Anyway, Alphabet Inc. has a lot of ‘splainin to do.

And we’re fools if we think Google is not biased. I’ve noticed that other search engines are more complete, when it comes to indexing/returning GayPatriot articles.

From the comments (thanks V):

Elizabeth Warren’s opponent, Shiva Ayyadurai, says with a smile “Only a real Indian can defeat the fake Indian”. He sent Warren a “23andMe” DNA home-testing kit. Which she refused.

He also published the result of his test. Though obviously Asian Indian, he happens to test as 0.1% Native American.

I don’t know what this guy’s chances are in the leftie state of Massachusetts, but he’s pleasant and knows how to use laughter to reach people.

In fairness to Warren: she claims to be 1/32 Native American on family history, so she might easily test as 3% or more of Native American, beating Ayyadurai. But that’s beside the point. The point is: SHE made it all relevant. The blue-eyed, chalky-white, blonde Warren checked “Native American” on her Harvard University job application – and has given only faux-apologizes, at best, for her absurd claim.

And she’s fake in other ways – like being a multi-millionaire who works for Wall Street’s interests while having claimed to be the creator of Occupy Wall Street, on the barricades with the working class – but enough for today.

Idiot CNN Democrat Media Operative (but I multiply repeat myself) think the poem on the Statue of Liberty is the legal basis for American Immigration policy. As a matter of law, ‘American Colossus’ has about the same legal standing as the ‘Meow Mix’ jingle.

Acosta’s idiot Democrat Media colleagues shout in their echo chamber that pointing out the historical fact that the poem was added to the statue later (and still has no legal bearing on US Immigration policy) is white supremacist talk.

Considering the gay dude who invented the poke and became a billionaire failed to buy a New York House seat for his husband, do you think Mark Zuckerberg has a shot at buying the presidency? Apparently, he’s hiring the people who steered Hillary Clintons successful (snort) campaign.

Speaking of election, apparently half the people running for mayor in Detroit (New Mogadishu) are convicted felons.

Also, Paul Joseph Watson says what we were all thinking about JK Rowling. (Note, this video came out before her self-serving “I only said it because I am a wonderful person who is SO SUPER SENSITIVE to the needs of the disabled” fauxpology.)

Finally, nice to see that even leftist “Funny or Die” recognizes the idiocy of 35 years of Government nutrition policies.