Just eight days before the default deadline, the president has finally endorsed a plan to raise the debt limit, signing on to “debt-ceiling proposal by Senate Majority Leader Harry Reid that would cut federal deficits by $2.7 trillion and increase the federal borrowing limit through 2012.”

House Speaker John Boehner, however, finds that the plan is “full of gimmicks” and “fails to change” the federal “spending structure” nor does it “deal with entitlements.” Now that both sides have plans, will the president blame Republicans for intransigence if they fail to support it? House Republicans have already compromised, with leading members of the GOP caucus denouncing his latest plan.

It seems that for this president compromise means agreeing with him.

Will the president tonight lash out at Republicans for failing to walk in lock-step with him (and call that failure “intransigence”) or will he commend them for putting forward several plans to raise the debt limit while cutting spending?  His recent history of public statements on the debt crisis suggests the former.  As Peter Wehner wrote about the Democrat’s most recent such statement:

It’s been clear to some of us for a while that Barack Obama is a man of uncommon self-admiration, quite thin-skinned, and increasingly consumed by his grievances. Obama has masked these traits pretty well so far, but on Friday his mask slipped more than it ever has.

Will the president focus on the good will efforts of individuals on both sides of the political aisle to solve the debt crisis or will he make it appear that he is the only adult in the room (and thus show he is anything but)?

In just a few hours, 200,000 of our closest friends will gather at the Charlotte Motor Speedway for the Coca-Cola 600 NASCAR Sprint Cup Race.  Those of you not attending can watch all of the action on FOX Sports.  The pre- and post-game coverage will be live from the CLT Speedway on SPEED.

To whet your appetite a bit, here is some footage I took from the Grand Opening of the NASCAR Hall of Fame on May 11 here in Charlotte, NC. 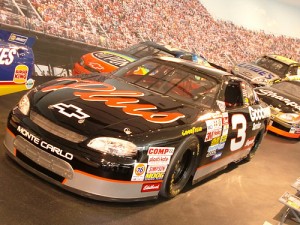 Check ’em out.  I may update the blog if I can — but the place to be for my NASCAR updates is Twitter!

The day has arrived! The NASCAR Hall of Fame grand opening ceremonies are taking place in Uptown Charlotte as I type. PatriotPartner and I are thrilled to be here as a part of history for NASCAR and our city.

I’ll update things on the ground all day via my Twitter feed on our right-hand sidebar. 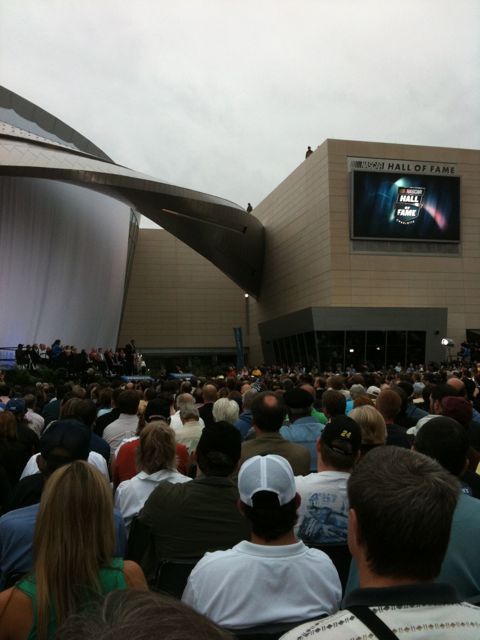 I find the Oscars have gotten more and more boring as I get older.

So we are enjoying the NASCAR race on HDTV right now.

So far the biggest factor in the race — rain.

The citizens of Athens chose Athena to be their patron when she offered them the olive tree.  Olives were sacred to the owl-eyed goddess.

After a busy day, I invited the fetching, but straight Steve Green out for a cocktail.  After stopping to purchase a wireless so I could blog this convention more regularly, I had that dirty martini while he enjoyed a citrus one.

We had a great chat about politics, movies and life.  He is also a fan of Young Frankenstein and the Star Wars movies.  It’s cool finding another blogger with such great tastes in cinema.  His wife is one lucky gal.

ADDENDUM: If you like your politics with a little bit of smart snark that’ll make you smile, check out his blog, Vodkapundit.

The Queen City, or “Crown Town” as PatriotPartner would say, has an infux of visitors this weekend for the big one:Â  The Coca-Cola 600 tomorrow at Lowes Motor Speedway.Â Â  Concord will become the third largest city in North Carolina for a few hours tomorrow.Â Â  Cool, huh?

Anyway, to all of you visiting the crown jewel of the South — welcome!Â Â  We have great restaurants, awesome attractions, and the friendliest people this side of Sydney Australia.

As for tomorrow — GO JUNIOR.Â Â  We will be at the race, pit passes in hand, and I’ll have some photos and videos later this weekend.

The Homestead 400 race in Miami last night was a great way to end the NASCAR season.  And it only reinforced my increasing interest in the sport — mainly due to watching it on HDTV widescreen.  You really can’t beat it.

The race also resulted in a 2007 double-win for the Hendrick team in the Nextel Cup:  Jimmie Johnson & Jeff Gordon, Numbers 1 and 2 respectively.

We are in the midst of the big racing weekend of the NASCAR Nextel Cup in Charlotte at Lowe’s Motor Speedway.  House Democrats believe this is a setting more like Colombia, rather than Concord.  More like North Korea than North Carolina, according to House Democrats.

What a pity and what ignorance.

So now NASCAR has cooties?

I don’t know about you, but I usually keep some syringes in my moonshine jar, out back by the ol’ still that grandpappy tends when we’re not all runnin’ from the police. Maybe we can help some of y’all visitors out with a different kind of medicine.

Said LMS president and general manager Humpy Wheeler: “The very idea of immunization is laughable. It’s like taping your ankles to go to the mailbox. This is not some third- or fourth-world country. As a matter of fact, never in the 50-plus years of NASCAR has there been an outbreak of any kind at an event, other than a few headaches because somebody’s driver ran out of gas, or maybe a morning hangover.”

In fact, this is one of the best places to live and visit in the USA… and I’ve been to many.  Our people are friendly, welcoming, open and honest.  We have a wide mix of diverse culture here in Charlotte and throughout North Carolina — but our heritage is firmly rooted in Southern and American values.

Racing Fans…. welcome to Charlotte and enjoy the Bank of America 500 tonight!  The only disease you might pick up is if you had to fly through Washington, DC.  Unfortunately, there’s no immunization for bigotry.

There was an earthquake in the most popular American sport today.  The MSM mostly ignores NASCAR, but each weekend hundreds-of-thousands (yes, that’s right) of Americans gather in speedways around the USA to watch this exciting home-grown racing sport.

“I wanted to find…the team that was right for me as a person and where I could compete for championships,” Earnhardt Jr. said. “As I sit here today, I could say with complete honesty that I have found and accomplished that goal.

“We talked with many teams, but one stood out above the rest and it became apparent to me the man I wanted to drive for. I’ve known him since childhood. He competes with integrity, and most importantly, he wins races.”

With that, Earnhardt Jr. introduced Rick Hendrick, whose drivers have amassed six championships and 159 race victories since 1984. This year, Hendrick’s four drivers have won 10 of 14 points races, with Jeff Gordon and Jimmie Johnson winning four each and Casey Mears and Kyle Busch each winning once.

Hendrick and Earnhardt are winning names for NASCAR.  Not only in race wins, but in marketing.  Alone, Dale Earnhardt, Jr. brings in 30% of all revenue from NASCAR-related marketing items.  That is astounding.

Of course the big question for Charlotte race fans, and fans of Junior is this:  “How can we root for Junior when we still want to boo at Jimmie Johnson & Jeff Gordon?”

We will find out next season.

Okay, this is hysterical.  I wish I had seen it “live” on Letterman last night.  The drivers themselves delivered the lines.

Top Ten Things Never Before Said By A NASCAR Driver

9. Jeff Gordon: “Does this gas taste funny to you?”

8. Jeff Burton: “I don’t care much for country music or beer”

5. Denny Hamlin: “You’re looking at a guy who can drive 500 miles without taking a leak”

3. Kevin Harvick: “It would be nice if the guys in the pits occasionally surprised me with a piece of carrot cake or something”

2. Jimmie Johnson: “The Nextel Cup is great, but what I’m really excited for is Late Show Ventriloquist Week”

1. Matt Kenseth: “If you think I’m fast in my car, you should see me in the bedroom”