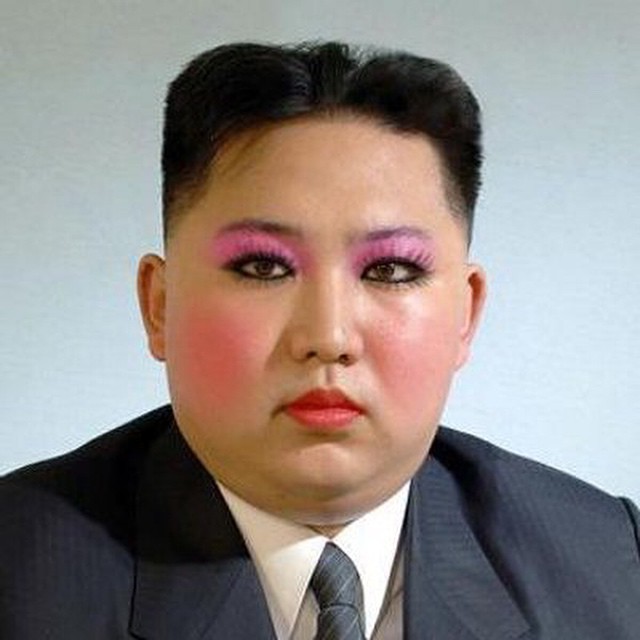 Some News Items for your consideration

Obama’s FCC has a few questions for broadcasters and newsroom editors.

• What is the news philosophy of the station?
• Who else in your market provides news?
• Who are your main competitors?
• How much news does your station (stations) air every day?
• Is the news produced in-house or is it provided by an outside source?
• Do you employ news people?
• How many reporters and editors do you employ?
• Do you have any reporters or editors assigned to topic “beats”? If so how many and what
are the beats?
• Who decides which stories are covered?
• How much influence do reporters and anchors have in deciding which stories to cover?
• How much does community input influence news coverage decisions?
• How do you define critical information that the community needs?
• How do you ensure the community gets this critical information?

It was reported in the Wall Street Journal that North Koreans are massively addicted to crystal meth:

North Korea is experiencing a “drug epidemic,” according to a study published in the Spring 2013 edition of the journal North Korea Review.

“A New Face of North Korean Drug Use: Upsurge in Methamphetamine Abuse Across the Northern Areas of North Korea” explains how during the past several years meth production has gone from government-owned factories to privately run underground laboratories and “home kitchens.”

According to the report, it’s not the first time that a drug originally intended for export into China and beyond ended up flooding North Korea’s domestic market.

Throughout the 1990s and into the next decade, opium was the narcotic of choice for both the cash-strapped Kim Jong Il regime and the populace. But by the mid 2000s, the poppy fields began to disappear and meth became pervasive…

For all intents and purposes, the United States and South Korea are again at war with North Korea.  The MSM won’t say it that way, but it is true after NK made this declaration today:

North Korea threatened a military response to South Korean participation in a U.S.-led program to seize weapons of mass destruction, and said it will no longer abide by the 1953 armistice that ended the Korean War.

“The Korean People’s Army will not be bound to the Armistice Agreement any longer,” the official Korean Central News Agency said in a statement today. Any attempt to inspect North Korean vessels will be countered with “prompt and strong military strikes.” South Korea’s military said it will “deal sternly with any provocation” from the North.

Meanwhile, Russia fears a nuclear exchange over the rising tensions.

Does any rational, thinking person think that any of this would be happening under President George W. Bush or VP Dick Cheney’s watch?  They reduced the proliferation of nuclear weapons (Iraq & Libya).  Obama has increased it by at least one (North Korea), and soon Iran.

Folks, we are bound to protect South Korea from an invasion from the North and we have tens of thousands of US troops in between.  Do they still teach all this in the publik skools?

I’d like to see how Obama and Hillary are going to shake hands, push the “reset button” and talk their way out of this one.

Have you ever noticed how some on the left rush to describe our support (no matter how tenuous) for George W. Bush as that of mind-numbed robots adoring a “Dear Leader” who can do no wrong? I mean, we can fault W, criticize his policies, but say, well, we generally like the guy or think he means well and they describe us as ideological zealots, apologists or hero-worshipers.

As one critic put it in taking issue with some of our commenters a year ago on this blog: “For six long years, conservatives have publicly labeled anyone who disagrees with â€œDear Leaderâ€ as a traitor.”

I wonder if he’ll take issue with the parents who rounded up their children to appear in this video:

As I tip my hat to Glenn Reynolds for providing the video above, I have seen several versions on the web, to which various friends, including a lesbian reader from Venice, the very burg where the video was shot, have alerted me. A bold and courageous dissident she!

Glenn links one blog which compares this video to that of other children singing the praise of their Dear Leader.

After watching the video, Roger Simon asks of the leftists producing this perverted propaganda:

And they complain about the religious right – can you imagine the reaction to a similar group of kids singing about McCain under the tutelage of an evangelical minister?

Where do conservatives engage in the kind of hero worship that some leftists do of Barack Obama? Have you ever seen conservative display an iconic image of one of our candidates as a bumper sticker? Or on lapel pins resembling religious figures?

And they accuse us of adoring a Dear Leader.

… it is eerie. What on earth are children doing praying to a political candidate? I’m not sure what bothers me most: Is it their glassy-eyed stares? Is it their Children of the Corn-fed good looks? Their hypnotized vibrato-less tones?

Great news to wake up with for a Monday morning.

StopTheACLU has a roundup and a picture.

This event is the result of the Clinton Adminstration’s “solution” with the Korean dictator as well as President Bush perusing the “international test” of John Kerry by taking the Democrat’s “Let the World Solve It” approach.  Once again, as Bill Clinton admitted to Chris Wallace, the liberal policies of tackling terrorism have “failed.”

UN Security Council to meet at 9:30AM.  Great.. what do we have to look forward with that… a UN “Nukes For Food” scam in the making?