If your self-esteem is so precarious that a joke can endanger it, maybe Chappelle isn’t the one with the problem. https://t.co/kbrHf8E9nFpic.twitter.com/Bnki6MWo4M

Imagine being so ignorant that you’d ignore a person’s gender, ethnicity or sexual preference and just treat them the same as everyone else.

This has been in my workout shuffle. I was listening to it during my run and it occurred to me, this is a very problematic song from the perspective of a Social Justice Wanker.

So in conclusion… I love Japan.

The Social Justice Left is mad because Lady Gaga *didn’t* use her half-time show as an occasion to deliver a diatribe against Trump, Republicans, the NRA, capitalism, Christianity, Heterosexuality, carnivores, gluten… and all the other stuff that they hate.

Given an opportunity, @ladygaga dropped the ball, tacitly supporting fascism by doing nada. Remember that when Trump comes for LGBTs. #SB51

It’s OK, though. The SuperBowl advertisers more than made up for it; spending upwards of $15M per spot to virtue signal to the socialist left.  (How this insane idea that Big Business is conservative is still commonly believed I don’t get. Big Business loves Big Government. Regulations keep competitors at bay.)

This anti-Humane Society ad, on the other hand; this I like.

So, last month was National Novel Writing Month, which is a thing I did. I treat NaNoWriMo as an opportunity to explore other genres (I did a YA novel one year) and just write for fun. So, this year, I churned out a 105,000 word draft of a novel about a gay, time-traveling rock star who changes history such that Madonna never becomes famous. In revenge, Madonna replaces Huma Abedin as Hillary’s consort in order to get Hillary to start a nuclear war with Russia. And the only way for the time-traveler to save the world is to form an alliance with Yoko Ono to stop Hillary from becoming president.

Yeah, it was a fun ride.

Anyway, Madonna recently shared her political wisdom with The Hill.

Madonna has a simple explanation for why she thinks so many women voted for Donald Trump for president: “Women hate women.”

“Women hate women,” the singer said during an interview with Billboard published Monday.

I don’t necessarily disagree with the “women hate women” thing, but…. no, honey, that’s not why women voted for Trump. They  voted for Trump because Hillary is terrible.

Oh, Madonna also recently said she was “ashamed to be an American.” I thought she identified as British, anyway.

So, there’s this woman, you see, and her name is Lena Dunham. She is the offspring of two New York Trustafarians who thought of themselves as artists. (Her dad liked to paint gross pictures of hairy ladyparts.) In her autobiography, she joyfully recounts sexually molesting her younger sister, and when Republican-bashing and fake-rape-claims became trendy, she obligingly claimed  a ‘college Republican’ raped her when she was in college. (This claim, of course, was false.)  Naturally, she has become a left-wing feminist icon because insecure unattractive women telling outrageous lies to bash men is what feminism is all about these days.

Anyway, so, this Lena Dunham person was at some gala. (Aside: I have never in my entire life been to a ‘gala.’ But every time I read about one, they sound just terrible. I think gala must be a word meaning ‘An event where terrible people go to look at each other.’)  And she was seated across from Odell Beckham who plays football — the real kind, not European Metric Kickball. And she apparently was distressed because Mr. Beckham displayed no interest in the dumpy feminist in the tuxedo sitting across from him.

I was sitting next to Odell Beckham Jr., and it was so amazing because it was like he looked at me and he determined I was not the shape of a woman by his standards. He was like, “That’s a marshmallow. That’s a child. That’s a dog.” It wasn’t mean—he just seemed confused.

(Aside: I think Mr. Beckham was being most polite under the circumstances. Most normal people, upon finding themselves seated across from Ms. Dunham, would suddenly remember that they had promised to pick up their best friend at the airport and drive her to a hospital because of a family emergency involving the babysitters curfew.)

Anyway, Lena Dunham decided to have a bitchfest about the incident with fellow chubby feminist, the unfunny vagina-comedian Amy Schumer. Who gave her what I guess is the best chubby-feminist-to-chubby-feminist compliment she could manage.

You were dressed like a boy, and you looked sexy, and I really appreciated you showing me your tits several times.

I think she stole that line from the note Barack Obama passed to the Danish Prime Minister after Nelson Mandela’s funeral.

So, that’s pretty much the story, and if it seems like a pointless waste of time… yeah, it is.

BTW, Slate seems to think that if a black football player isn’t hitting on a chubby white feminist, he must be gay.  Yeah, that’s got to be it.

Some guy wrote a column in Medium claiming the sitcom ‘Friends’ brought about the downfall of our civilization: Because the smart character (Ross) was – on every episode – the object of ridicule by the dumb, pretty, hip characters (everyone else) and set the tone of our culture ever since.

He has a point.

A left-wing junior college professor suggested that the anti-gun left should get together, storm NRA headquarters, and “leave no survivors.” He now says it was a just a joke and only stupid people would think it wasn’t.

“It was suppose to be a joke, folks. I really do think that Facebook needs something like a “sarcasm punctuation mark.” The less literate among us don’t seem to recognize humor when they see it.”

It’s really a bit scary how often leftist “humor” involves acts of horrific violence against an opponent. When Sandra Bernhardt suggested Sarah Palin should be gang-raped… “just a joke.” Chris Matthews fantasizing about blowing up Rush Limbaugh with a “big CO2 pellet”… “just kidding.” Dan Savage wishing that all Republicans would just drop dead… “just a joke and besides I’d been drinking.”

Is there something messed up about people who think violent threats against people who disagree with them are the height of wit?

‘House Hunters’ is a fake reality TV show on HGTV where couples pretend to shop for houses, awkwardly act out scenes where they pretend to choose a house, and then at the end of the episode stand on a balcony drinking wine/have guests over for a staged dinner party. It’s like the ‘CSI’ of HGTV, with like 12 or 15 different minor variations. ‘HouseHunters International’ ‘HouseHunters Renovation,’ ‘HouseHunters Sharia’ (that would be a good one, yes?).

It blows my mind that people in Los Angeles will pay north of a half million dollars for an old rundown bungalow. We bought a big historic church for less than a quarter million. When we were house-hunting (which we actually weren’t, the church was just an opportunity that popped up), we had just a few practical ideas; affordability, suitability, convenience to work, quality neighborhood.

The people on HouseHunters are either insane or coached to be insane because that’s good TV. There was one gay couple who demanded that the house had to have a grand staircase so that in case they adopted a child they could one day pose the child for prom pictures in front of the damn staircase. There was a woman in Boston who wouldn’t look at a house more than ten years old because she was convinced it would have ghosts. At the end of the show, she walked around the house performing a cleansing ritual that involved burning incense and chanting against the spirits that might dwell in the house. (What do you wanna bet she thinks southern Christians are weirdoes?)

The Coalition of the Self-Righteously Aggrieved is demanding that Captain America be a gay man, and James Bond be a woman.  And, of course, Ghostbusters has been rebooted with an all-feminist “Grrl Power” cast. (And, apparently, it sucks.)

Why is the Social Justice Warrior imagination so incredibly stunted that it cannot even imagine imagining its own new things? Why can it only imagine old things, given a new racial or sexual make-over?

Why are they altogether incapable of any kind of creative or productive thought whatsoever?

Oh that’s right: Because these are stupid, useless, trivially-minded people.

On a related note, is it too soon for the Socialist Juicebox Wankers to begin attacking the new Star Trek movie as racist? I mean, the villain is a black guy. And the hero is a white woman. A very, VERY white woman.

I mean, like, if she were any whiter, she could be an editor at the Huffington Post.

Chinese “Year of the Monkey” poster or conceptual title art for Alan Ball’s new HBO series. You tell me. 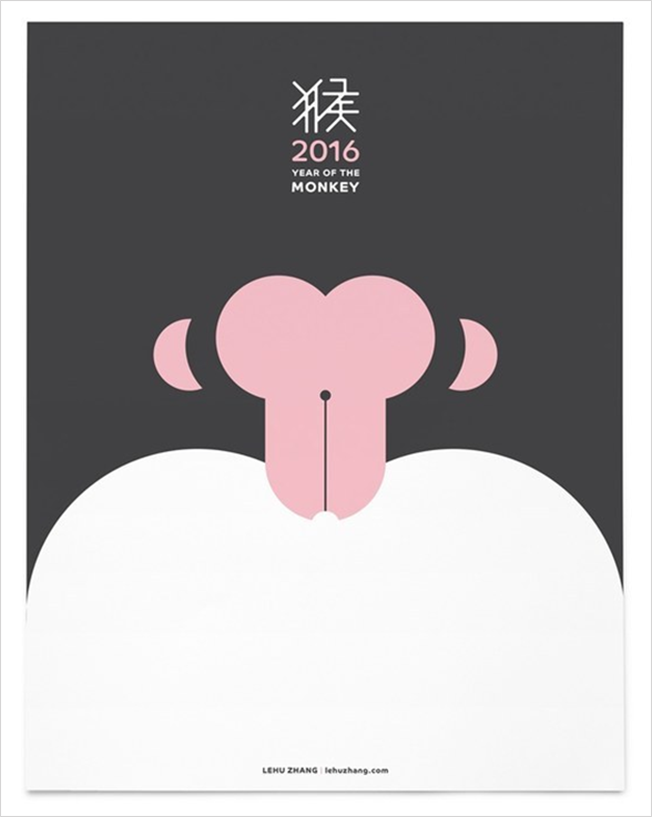