Over the last couple of weeks, the Democrat Party has come out on the side of the terrorists who planned 9-11, the fanatical mullahs who run Iran and foment global terror, and the murderously violent street gang MS-13 who are known for hacking people to death with machetes.

The attacks against CIA nominee Gina Haspel are particularly disingenuous. If she had been nominated by Obama, the Democrats and media would be replete with stories about courageously shattering the glass ceilings at Langley by appointing the first female CIA Director. Instead, they thought about bringing one of the terrorists who plotted the 9-11 attacks in to testify against her. They wanted to make the case that she was unfit to serve because of “torture” policies that were in place under her boss and predecessor, John Brennan, who was appointed by Obama and approved by a Democrat Majority Senate 63-34.

Democrats also postured when Trump pulled out of the Iran Deal. Remember, Slate once ran an article titled “What Iran Can Teach America About LGBTQ Rights.” Their thesis was that even though Iran is an oppressive, Islamic-Supremacist regime that systematically butchers gays. Donald Trump was actually worse because… well, he just was. And so, LGBTQ had to protest, resist, and vote Democrat forever.

Then, earlier this week, Trump fulfilled a campaign promise made by both his Republican and Democrat predecessors and moved the US embassy in Israel to the Israel capital of Jerusalem. Palestinians tried to rush the Israeli border with Molotov cocktails and small arms, 50 Hamas terrorists and 12 human shields got themselves killed, and the media blamed Trump, of course. The left claims to be outraged that Israel used “disproportionate force” in repelling the Palestinian attack. What a stupid, stupid talking point. Why the hell would anyone be obligated to only use proportional force in defending oneself from an attack? The aggressor does not get to choose how the defender is allowed to defend himself.

Also, during the Gaza riots, a miracle happened: a crippled Palestinian got up and walked.

Then, yesterday, PDT was at a Sanctuary Cities forum in California where he referred to the violent, malevolent animals of MS-13 as “animals.” The media edited his comments and claimed he was referring to all illegal immigrants as “animals.” The same people who have no problem calling NRA members “terrorists” are suddenly incensed that the president called a violent criminal gang “animals.”

But I begin to think that even the people who hate Trump are beginning to tire of it. CNN (and I know this because it’s on in the break room at work) has become a round-the-clock Trump-slam. It’s anti-Trump derangement verges into Onion-territory sometimes (the pic below is not a ‘shop). And it’s ratings, which weren’t good to begin with, are off 30%.

The least covered Big Story in the media right now is the severe leftward lurch of the Democrat Party. Four avowed Socialists won primary elections in Pennsylvania on Tuesday. Democrats on the city council of Seattle, led by an avowed socialist who once proposed confiscating the Boeing aircraft factory, just forced through a punitive anti-business tax. Progressive Democrats from Andrew Cuomo to Dianne Feinstein are being challenged from their left by candidates in the socialist Bernie Sanders mode. Sanders himself, absent some chicanery from the DNC, would very likely have been the party’s nominee for president in 2016.

Britain is implementing a law that would force people to get a permit from the state before viewing pornography.

On the other hand, (see, I’m so into this topic I’m using both hands), the idea of asking the Government for permission to watch pornography is wrong on just as many levels.

I’m not offering any solutions, just pointing out how effed up this whole situation is. 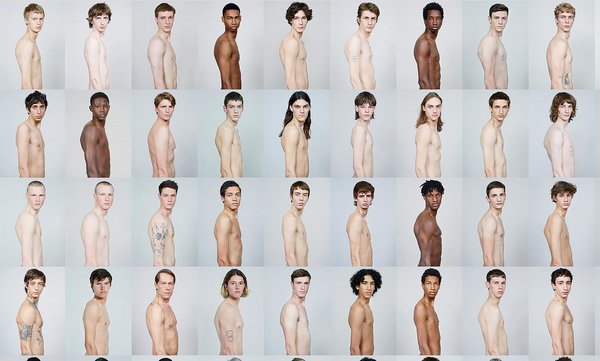 In related news, Hollywood has greenlighted a movie called ‘Cuck;’ cuck being a term for a male whose mate is cuckolding him. Also, a synonym for pathetic wimp, or NeverTrump Republican.

The Democrat-Dominated California Assembly is considering a bill that would wipe Washington and Lincoln’s birthdays off the calendar of holidays and add an official state holiday for Karl Marx, a.k.a., “International Workers Day.” I am not making this up.

When dupe Governor Arnold Schwarzenegger signed off on creating California’s
Jungle Primary” system and outsourced gerrymandering system, he was duped into believing these “reforms” would tame those crazy right-wing Republicans by forcing them to “moderate to the center.” Instead, the California Republican Party has been locked out of state power… probably forever, California has become a de facto one-party state, and the Democrats… whom no one ever talks about needing to be moderated… are now openly embracing radical Marxism. 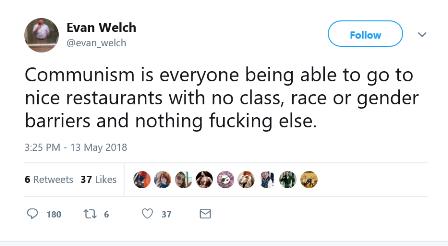 This is exactly what the Very Stupid People believe, what they’ve been taught to believe.

Addendum: Seattle’s radical Marxist Democrats are experiencing a bit of a backlash against their latest tax-thievery scheme.

A millionaire business consultant bought a private island in Finland and is making into a ‘Women’s Only’ resort.

Members of the 6,000-strong female tribe will congregate on the property during the season for retreats costing up to $7,250 that are replete with activities that strengthen the body, mind and soul; kayaking, breathing exercises, nutritional foods, massages and sisterhood will be at the forefront of every island affair.

The island will be exclusively for members of her women-only ‘SuperShe’ ‘business network.’ You see, Men-Only private clubs are forbidden, but Women-Only business clubs are empowerment or something. 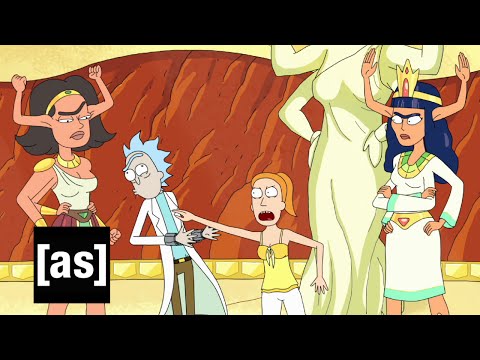 As a culture, we have pretty much known since 1984 how to avoid getting HIV. Avoiding HIV has been part of the Sex Education indoctrination for almost as long. Yet, the numbers of infected keep growing and 70% of new cases are among gay men who especially should know better.

Taxpayers are spending $26 Billion annually (according to the article) on a disease that’s actually fairly easy to avoid. That works out to over $42,000 per person with HIV.

Gonorrhea, syphilis, and chlamydia are also exploding at epidemic levels. Liberals they are dealing with the problem by … I am not making this up…  well, here just read it.

The teenagers tucked their hands into their sweatshirt pockets as they shuffled to form a circle. Some gazed at the asphalt, trying to avoid the game they had been drafted to play.

“It’s like hot potato/musical chairs, but with a penis,” said the girl leading the group.

The teenagers, the girl explained, would pass a plastic, life-size penis around the circle. Whoever was holding it when the music stopped would have to unroll a condom onto it, completing each of the eight steps they had been taught a few minutes earlier.

Liberals think people are idiots who need to all be treated like children — highly sexualized children — probably because they spend all of their time around other liberals.

Liberals also blame “racism and stigma” for the dramatic jump in STD’s. I think it has more to do with the social left’s promotion of a culture in which sexual gratification is the premier value.

Homo author Bret Easton Ellis (not that being a homo is relevant to his point, but given the theme of GP’s blog, it has been noted) thinks normal people are really getting fed up with SJW horse-scat and a big snapback is coming.

“As someone who considers themselves a disillusioned Gen-X’er, I think there IS a backlash brewing against leftist hysteria,” Ellis told Observer over email. “What I used to semi-align myself with has no answers for anything right now, just constant bitching and finding ways to delegitimize an election.”

You know how for years, the pundit class has decried how the right was become narrower and narrower because, supposedly, conservatives were demanding ever more stringent demands for “purity.” But this exact phenomenon is really, literally-not-figuratively happening on the left, and those same pundits seem pretty okay with it.

As the Overton window in media, academia and Hollywood shrinks—ejecting conservative voices like Kevin Williamson, while opposing centrists in the vein of New York Times opinion editor Bari Weiss—that on the right grows.

J.J. McCullugh at NRO, says cultural conservatives need to embrace the transgender social movement, because he says, if we are willing to accept the transgendereds, the left will respond in kind by backing off on their authoritarian social agenda.

McCullough, probably because he thinks it lends him credibility, creates a straw man conservative and then knocks it down.

Part one of the compromise will be borne by cultural conservatives and traditionalists. It asks for broad tolerance for the reality that transgender men and women exist, and are entitled to basic human dignity, just like everyone else.

What Cultural Conservative is saying they are not? Even those of us who note that transgenderism very often walks hand-in-back-pocket with mental illness aren’t demanding that transgendered be deprived of “basic human dignity.” We question how “basic human dignity” is achieved through chemical and surgical mutilation of an otherwise healthy body. We object to the demands made by activist that we be punished for not learning the politically correct pronouns, or let people who are biologically not the sex they claim to identify as into locker rooms, toilets, and dressing room.

Then, for the next part, he makes a demand on the social left that is laughably unrealistic.

But part two of the compromise requires sacrifice on the part of progressives, who are currently overplaying their hand in an effort to strong-arm sweeping social change as a flex of their power. There must be a halt in the use of state authority to impose accommodation of transgenderism in a fashion far more totalitarian than is rationally  justified.

McCullugh doesn’t understand that 1. the social left *never* compromises and 2. “the use of state authority to impose” totalitarian social ends is what the social left is all about these days.  And after they’ve bludgeoned society into submission on transgendereds… without making any compromises… they’ll just move onto the next victim group and push for even more restrictions on the rights and freedoms of others.

The social left didn’t quit on gay marriage once five supreme court justices made it the law of the land. No, they went on to demand that the Government coerce people (bakers, photographers, florists) into participating in gay weddings even when they didn’t want to.

There are groups and individuals whose entire livelihood is caught up in the Victimhood Industrial Complex. They’re not going to fold up their tents and get real jobs just because conservatives concede anything to them.

Here are some things that you will hear when you sit down to dinner with the vanguard of the Intellectual Dark Web: There are fundamental biological differences between men and women. Free speech is under siege. Identity politics is a toxic ideology that is tearing American society apart. And we’re in a dangerous place if these ideas are considered “dark.”

I guess I was IDW before it was cool to be IDW.

Debra Soh, who has a Ph.D. in neuroscience, self-deported from the academic track, sensing that the spectrum of acceptable perspectives and even areas of research was narrowing. Dr. Soh said that she started “waking up” in the last two years of her doctorate program. “It was clear that the environment was inhospitable to conducting research,” she said. “If you produce findings that the public doesn’t like, you can lose your job.”

When she wrote an op-ed in 2015 titled “Why Transgender Kids Should Wait to Transition,” citing research that found that a majority of gender dysphoric children outgrow their dysphoria, she said her colleagues warned her, “Even if you stay in academia and express this view, tenure won’t protect you.”