Perhaps you know Ayn Rand’s first novel, We The Living. It’s a story of two lovers, Kira and Leo, who try to survive together in the early Soviet Union. They fail, because of the myriad ways that communism (or dictatorship in general) degrades everyone and destroys their humanity.

You may also know that Rand based the character of Leo on a real person, a fellow anti-Soviet student in early 1920s Petrograd for whom she had an unrequited love. At the time, she was called Alissa Rosenbaum.

During her lifetime she wouldn’t give out Leo’s real name, but at some point after Rand’s death in 1982, her biographers/archivists figured it out. His name was Lev Bekkerman, and I recently web-surfed to this picture of him: He is said to have been a tall, intelligent, self-confident womanizer, who had once hid some anti-Soviet students in his home. One reads that, sadly, Bekkerman was murdered in one of the Soviet political purges of the 1930s. By which time Rand had traveled to the U.S., married an American, and written and published We The Living (in English).

Life works strangely: if Bekkerman had returned her love, then Rand probably would have stayed in Soviet Russia – and been destroyed, much like Bekkerman and much like Kira and Leo in her novel. Instead, she came to America and became a great thinker and writer.

If anyone can read and translate the writing on the photo, please let us know what it says (in the comments).

The European Space Agency confirms that it has landed its probe, Philae, on comet 67P/Churyumov-Gerasimenko.

As the CNBC writer says, “It’s the first time a man-made object had ever touched down on a comet. The lander will extract and analyze samples from the comet, and scientists hope the data could contain hints about the history of the universe.”

A colleague sent me this, and I find it vaguely hopeful: 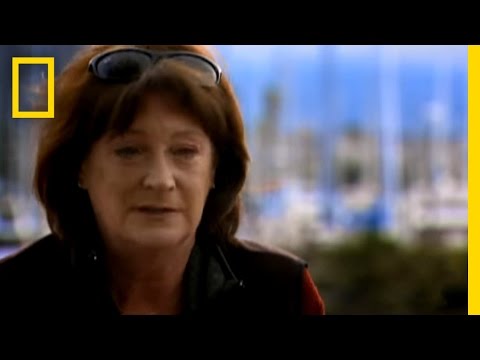 An orca (a large-brained mammal related to the dolphin) knew how to kill a Great White shark, cleverly by flipping it on its back.

I’m not sure for what that’s a metaphor, but I’ll think of something. Hat tip, boingboing.net.

I do NOT recommend this guy‘s diet, but he claims to have lost 56 lbs and counting, eating all McDonald’s – all the time.

Get regular exercise and honestly limit your calorie intake, and you will moderate your weight…it’s math. (Or science; take your pick.)