Remember a couple of years ago, Hillary yukking it up over the death of a foreign head of State? “We came, we saw, he died! (har har)”

Granted that the victim (Libya’s Muammar Gaddafi) was an enemy and dictator who probably deserved it; still, I can’t recall any of Condoleezza Rice, Dick Cheney, or George W. Bush ever showing such ugly pleasure in the death of any other human being.

If I’m mistaken – if there is a comparable example, from one of Bush Cheney Rice – please remind me in the comments.

Hillary was the captain of the Titanic that was US-Russia relations as Secretary of State. Her as admiral of whole fleet makes me nervous!

Not to change the subject, but Kasparov’s new article at Politico reminds us who Putin is. 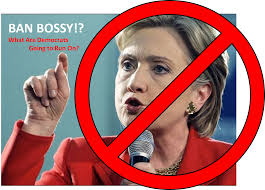 You can find a larger, clearer version here.