Your Left at work: 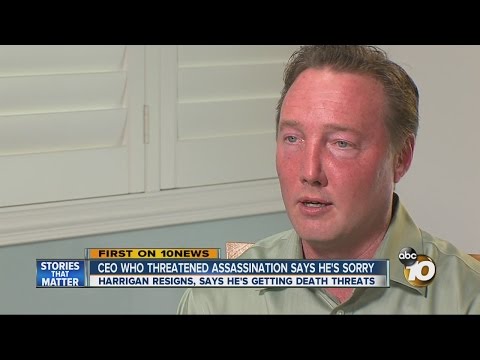 The idiot made a detailed death threat against President-Elect Trump, on social media.

He tried to plead that it was a joke, that it was alcohol-fueled, and that it was only meant to be private (i.e., he’s sorry he got caught). But those excuses didn’t stop his getting some death threats in return.

Surely those threats were also jokes, alcohol-fueled, and only meant to be private. Even so, when it was done to him, he was shocked – and for some reason he felt a need to go into hiding.

His former company, to its good credit, has gotten rid of him. And he has apologized; God bless him, for that. Hat tip HotAir.

UPDATE: Your Left at work, again. The Left’s New Hot Meme has arrived. Lefties will be labelling all news/opinion sites that dare challenge them as “Fake News”.

We can foresee what comes after: The Left will eventually get its “Fake News”-labelled sites to be banned or boycotted by Facebook, Twitter, Google, Yahoo, CNN.com, and so on. In this way, the Left will once again control all discussions and get the peasants to conform. Google has started going there.

UPDATE – Climate of Hate: Daisy Luther on how Obama, Clinton, and Sanders Could Stop the Riots But They Just Watch.