Although this story focuses on California’s abuses, it shows how government gets its revenue in general: arbitrarily and with the power and willingness to ruin people’s lives.

Twenty years later…the U.S. patent office awarded Hyatt the patent…a multimillion-dollar windfall. He moved to Las Vegas, where he said he was a full-time resident before he received the earnings.

California’s Franchise Tax Board (FTB)…decided to seek $7.4 million in back taxes, claiming that he was still a resident of California when the money came in. That sounds like a simple enough dispute that could quickly be resolved, but what followed has been an ordeal that has consumed a good bit of Hyatt’s adult life.

…[for] a sum that now tops $55 million as interest and penalties have accrued…The tax authorities have been pursuing him through its administrative process. Tired of the endless investigations, Hyatt filed suit in Nevada court in 1998. California officials said they weren’t subject to an out-of-state tort lawsuit. California lost that argument in the Nevada Supreme Court and the U.S. Supreme Court and the high court decision sent the case back to a Nevada district court, which awarded Hyatt nearly $400 million in damages after finding that the California authorities abused their power and invaded his privacy. That case is on appeal.

Hyatt believes that California officials are purposefully delaying. “Specifically, because of the 20 year delay Hyatt can no longer obtain a fair and full adjudication of whether he owes state taxes to California,” according to his lawsuit. “During this time, material witnesses have passed away, memories of witnesses have faded, and documents relevant and important to Hyatt are no longer available.” The board keeps assessing penalties…He suspects the tax board is waiting for him to die so that it can go after his estate.

Under California law, the Franchise Tax Board has the “presumption of correctness,” meaning that the onus always is on Hyatt to disprove what the tax officials say. And, he argues, they keep changing their stories and their allegations, thus resulting in more years of legal expenses and disputes…

To sum up – When dealing with the tax man in America today, you have:

To anyone who wants to claim that our tax system is “voluntary”, or that government somehow isn’t a gun, or that taxation somehow isn’t a use of force on people (many conscientious tax-objectors are given long jail sentences): You’re just lying.

Fox News will not attend a meeting with Attorney General Eric Holder on the Justice Department’s policy of targeting the media in national security leaks investigations if the session is off the record, the network said Thursday…

Fox is just the latest media organization to say it will boycott the meeting if it is off the record. Holder asked for the meetings in an attempt to ensure [sic; assure?] the press corps that its investigations of national security leaks are conducted in a way that respects the First Amendment.

The New York Times, The Associated Press, The Huffington Post and CNN have issued separate statements saying they will not attend because the DOJ is requiring the content of the meetings stay confidential…

Is saying “We will only meet with you on-the-record” the media’s way of saying “We don’t trust you, scumbag?”

By the way – not to change the subject, but: the Obama administration’s violations of press freedoms and privacy rights (far in excess of anything Bush did) has me wondering, did Obama supporters in 2008 and 2012 know what they were voting for? Are they honestly disappointed with his administration now, like “that’s not what we voted for”?

You see, I knew. I didn’t know what specific violations were coming, but already in 2008, I knew that Obama & Co. were worshippers of the State (or of Big Government) who only pretended to care about the U.S. constitution.

It followed that, once in office, the Obama administration would violate people’s rights to freedom and privacy in various ways. Now we have the growing list of scandal revelations, to prove it.

If some Obama supporter claims they didn’t know, then either: (1 – seems less likely) I am smarter than them, or (2 – seems more likely) they aren’t being honest: they saw much of what I saw *and just didn’t care*. Which means they shouldn’t look at the Obama administration now and try to say, “That’s not what we voted for.” 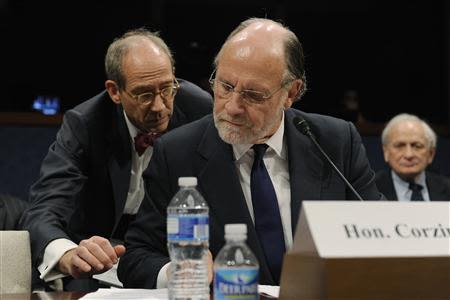