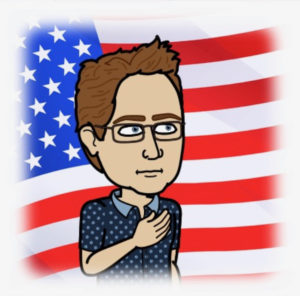 We have moved the relaunched GayPatriot blog to www.gaypatriot.org.

Never fear though!  Our fifteen years of archives remains here at GayPatriot.net

I’m thrilled to announce that the blog formerly known as “GayPatriot”… is back!

If you aren’t familiar with this site, let me give you a brief history of how GayPatriot began.

In the summer and fall of 2004, two prominent left-wing gay activists were “outing” gay staffers who worked for Republican Members of Congress.   These individuals were not public figures, they were public servants.   Many were young and this outing crusade terrified these staffers; they had not told their families or their employers about their sexual orientation.

It was no one’s business except theirs when they wanted to “come out” but the left-wing gay activists decided to terrorize these young people.

So I started the GayPatriot blog to shine the light on this effort and provide a counter-argument to the outing crusade.

The blog began on Blogspot (you follow old people remember Blogspot, right?)… and so some of the original postings are lost.

The GayPatriot blog’s original mission morphed into a platform for gay conservative issues and served as a counterbalance to Andrew Sullivan (who went off the deep end) in the mid-2000s.   Thanks to Glenn Reynolds at Instapundit and the folks at PajamasMedia (now PJ Media), GayPatriot became a go-to mainstream conservative opinion blog.

My original co-blogger Dan (aka GayPatriotWest) joined me early on and provided a fantastic different perspective on news and culture that added more depth to the site than I could have hoped.   Over the years, we have had a variety of other contributors and many thanks to “VtheK” who held down the fort for many years as I drifted away from blogging.

But now we are back.   Why?   Because today’s “cancel culture” reminds me a lot of my original mission to counter the “outing” witchhunt from the Gay Left.   It also seems appropriate to relaunch as the Biden/Harris Administration gets going so this site can revel in the media’s hypocrisy — another theme of the original GayPatriot site.

I’ve invited new contributors to blog with me and they will introduce themselves over the next couple of days.

Please feel free to comment and be an active member of our community.   We accept all inputs and I will have a very light touch on moderating comments — unless you are an asshole.

And as always remember:  Don’t vote with your body parts…. it’s gross.

No, no, no… calm down!  Our blog isn’t going anywhere!

I decided to move forward with my online and social media “brand” and ditch the “GayPatriot” moniker today.  Dan ditched “GayPatriotWest” a few years ago and I didn’t understand why.  I thought our names were cool and provided an instant recognition of who we were.  But, as usual, Dan was right so I’m following suit today.

Since December 2011, I’ve been striking out on my own as a political, media, grassroots consultant.  Leaving the clutches of Corporate America has been quite liberating and I’ve enjoyed the projects I’ve worked on to date.  I also made a conscious effort to push the “GayPatriot” brand for myself online, especially Twitter.

Well, I think the time is right to promote and grow who I am as a person and a professional — not hide behind a cute and fun nickname.  I’m engaged in a wide variety of endeavors now with the Match Game show, “The Wrap” podcast, and of course professional projects.  Time to grow up!

So from now on – you can find me on Twitter @BruceCarrollSC

PS – NO, I’m not running for office.  Just changing things up a bit!

“Representing the millions of patriotic gays and lesbians across the USA by standing up for freedom, fairness, free speech, privacy and true American values.”

What a load of horseshit. Spinning the freedom to legally marry into some kind of liberal conspiracy is a testament to your own self-loathing, pathological mindset.

Ah…. ignorant gay progressive hate.  So much better than morning coffee to get my engines going!

The funny party is, based on his frothy attack, it doesn’t appear he even read my column.  Or suffers the usual gay progressive reading comprehension problems.