About that Gianforte matter.

While he stays oddly vague about what he did, at least now we know that Greg Gianforte’s apologies are matched by his actions.

Greg Gianforte, the Montana congressman-elect who was accused of “body slamming” a reporter, pleaded guilty to misdemeanor assault Monday morning.

Judge Rick West sentenced Gianforte to a 180-day deferred sentence, 40 hours of community service, 20 hours of anger management and a $300 fine along with a $85 court fee…

Jacobs was present and made a statement in the courtroom. Gianforte later asked if he could address Jacobs directly and apologized again.

“I just want to say I’m sorry and if and when you’re ready, I look forward to sitting down with you in DC,” he said.

Thank you, Montana justice system and thank you, Mr. Gianforte.

We’ve been having fun in the comments about Representative-Elect Greg Gianforte (R-MT). He body-slammed a reporter in rage, probably committing misdemeanor assault, then lied about what he did. Later, he apologized – but only sort of – because he never said what for and, to my knowledge, he has not yet corrected his false witness. (Feel free to update me in the comments)

His actions are bad. Both violence and lying are totally unacceptable, in our politics, from whatever side. And I think he’s just sorry that he was caught. If he merits prosecution (or censure or expulsion in the House), let the right thing happen.

He also needs to be seen in perspective. As usual, Tucker Carlson and V the K nail it. From V:

Gianforte doesn’t seem like someone I’d defend to the last, but I’m not going to let people who supported Ted Kennedy and Gerry Studds lecture me on who’s unfit to serve in Congress.

And Tucker Carlson for your enjoyment: 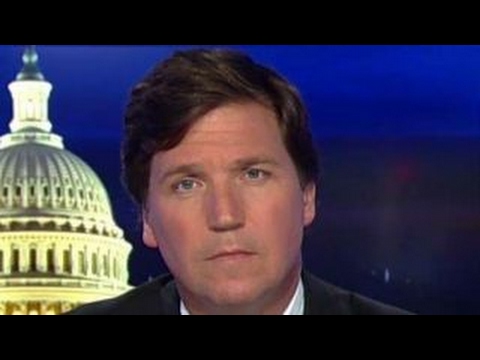 Tucker has a laundry list of recent, left-wing political violence – including threats and violence against at least 3 Republican Congresspeople.

Gianforte lost all control of himself – as a 56-year old man – and muddied the waters. For that, he has my contempt. But he’s a globule of mud, in a virtual La Brea Tar Pits of left-wing political violence in America today that many Democrats refuse to condemn.

As always, the Left and the Controlled Media (but I repeat myself) would rather pretend that the speck in Republicans’ eyes is the New Coming of Hitler, than look at the many logs in their own.

Consider this an open thread to talk about anything listed here, or not listed here.