What a big contrast of photos this weekend…. heroes and cowards 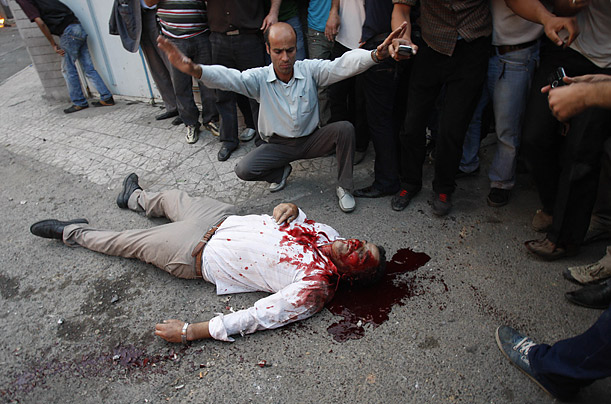 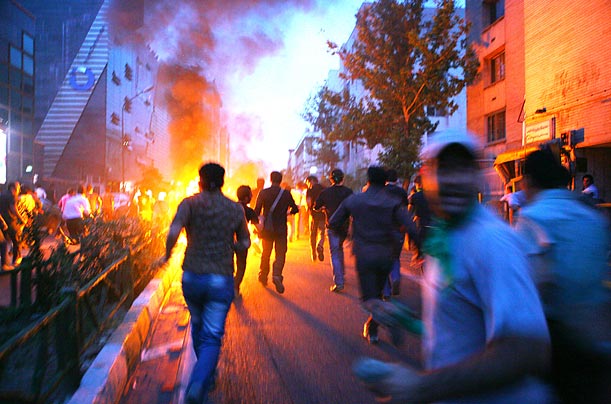 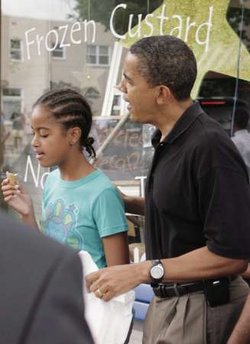 While the Iranian people are yearning for freedom from a dictator and putting their lives on the line — President Obama chooses not to golf this weekend, but rather to go get some ice cream.

I am confident that Presidents Reagan, Bush (both) and Clinton would be forcefully encouraging pro-democracy efforts in Iran — as their policies have dictated throughout those years.  While we are on the verge of a huge victory for freedom in the Post 9/11 world, our President fiddles.

The best President Obama can do is send chilly signals to the Iranian people while the ice cream slides down his throat.  Pathetic and disappointing.

Obama supporters defended his silence. Anything he said to endorse the protests, they argued, would taint the protesters’ message and damage their cause.

The protesters, many of whom held signs written in English, seemed to disagree. “On several occasions, I’ve had supporters of Mousavi say we need President Obama,” reported CNN’s Reza Sayah, from Tehran. When Wolf Blitzer asked Sayah directly whether the protesters want Obama to speak out in support of their cause, Sayah responded: “I think they do, but they’re realistic.”