I think this “Why aren’t I 50 points ahead?” clip is a window into the soul of our dear Lady Bug Eyes. Turn off the sound and watch for what’s in her heart. 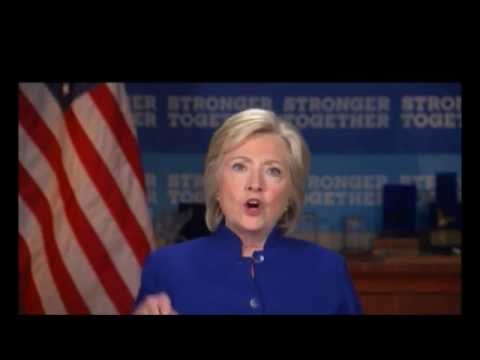 You may have a different impression, but I see something in her that could have started as frustration except it took a dark turn, into malice. To me, she looks like she wants revenge on the world. Mind you, this is pre-election and how she asks for some people’s votes.

On to a couple of articles.

UPDATE: Trump on gays – He gets it. I had missed the following clip. Here it is, for anyone else who missed it. END_OF_DOCUMENT_TOKEN_TO_BE_REPLACED

Hey everyone. I’ve been away from here for a LONG time.  Thanks to Jeff & VtheK for holding down the fort.    My story: massive life changes in 2013.

Now onto the outrage of the day: Duck Dynasty’s Phil Robertson.

Well THAT didn’t take long.  From “hero” to zero in less than a week!

Excited to join Michelle Obama and @jasoncollins34 to support @thedemocrats and our LGBT community.

More on the DNC fundraiser being headlined by the newest Gay Leftist Lickspittle.

Jason Collins, the NBA player who came out as gay last week, is putting himself out there in the name of Democratic Party politics.