Tonight, GayPatriot will debut a worldwide first:Â  A Presidential Debate live-blogged by my dog, Shadow.Â Â  I know, it is very exciting and groundbreaking.Â  We aim to serve here. Â  I have modified a keyboard in order for her to adequately type without a thumb with direction from the Dr. Emmett Brown Institute for Future Technology. 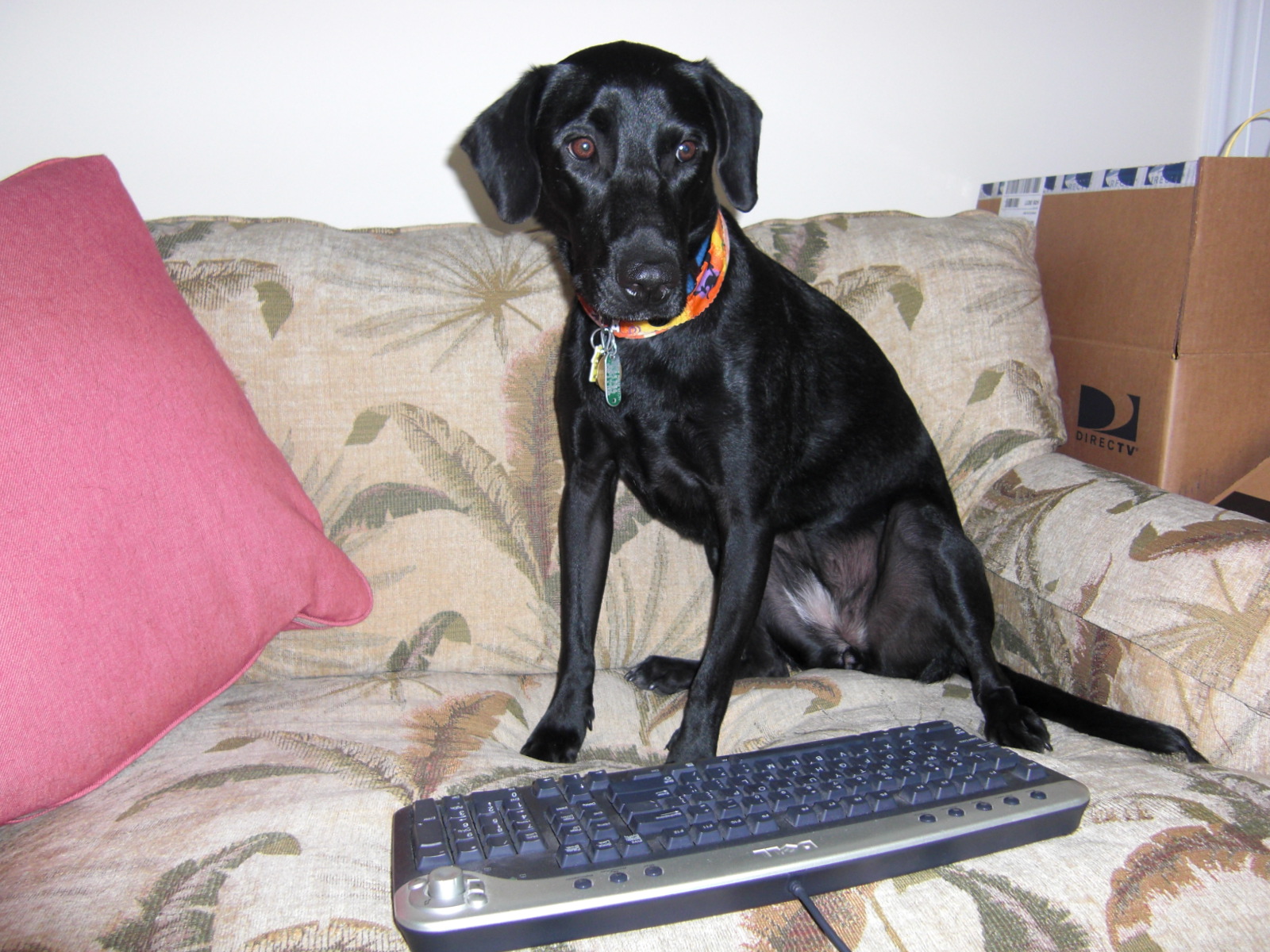 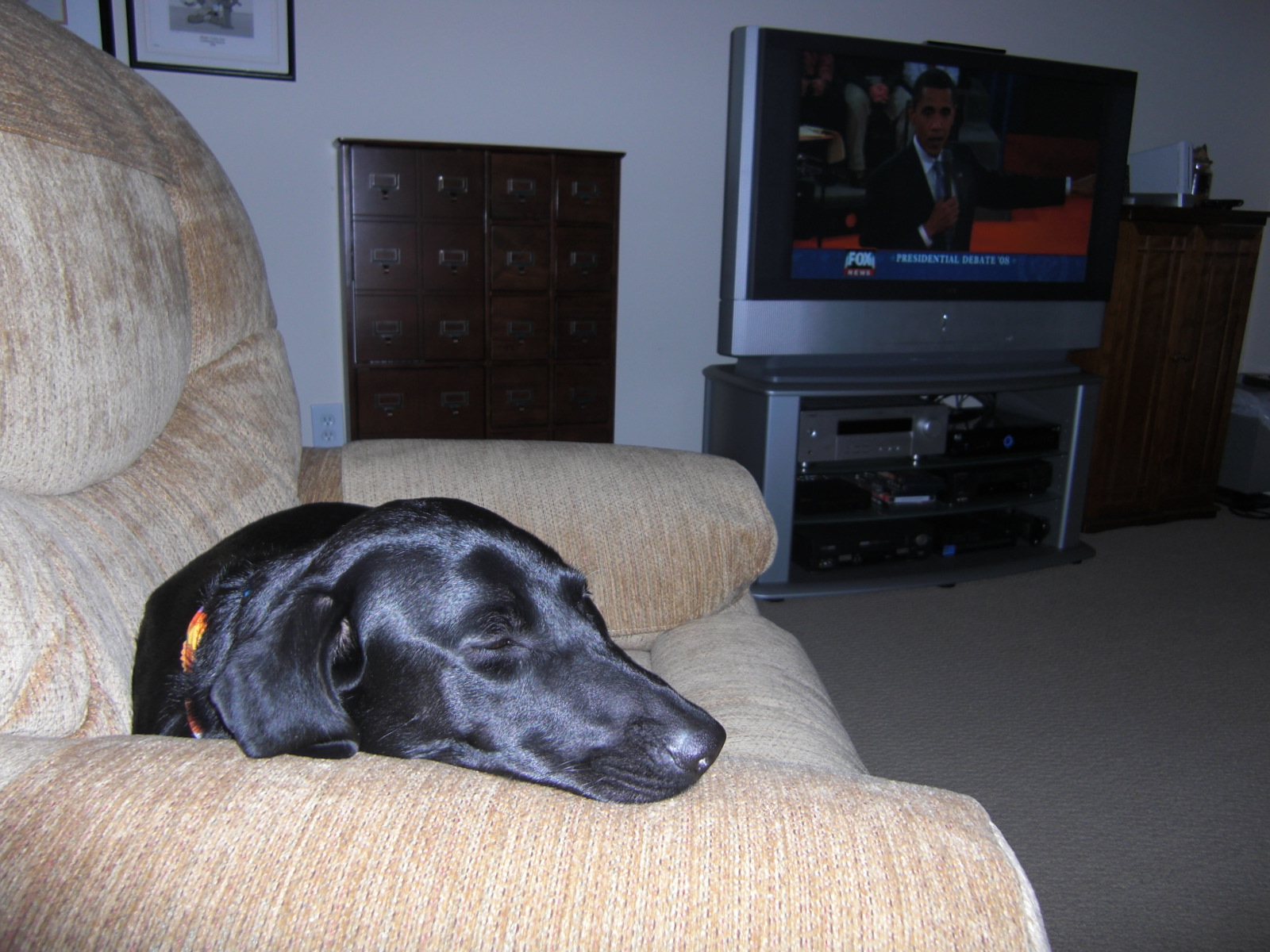 I will be monitoring her live-blogging and may insert my own editorial comments throughout.Â  Shadow will begin posting here at this link shortly before 9PM Eastern time.

Finally, while I Vicodin-Blogged the Vice Presidential debate… I’m considering two options tonight.Â Â  You get to choose! 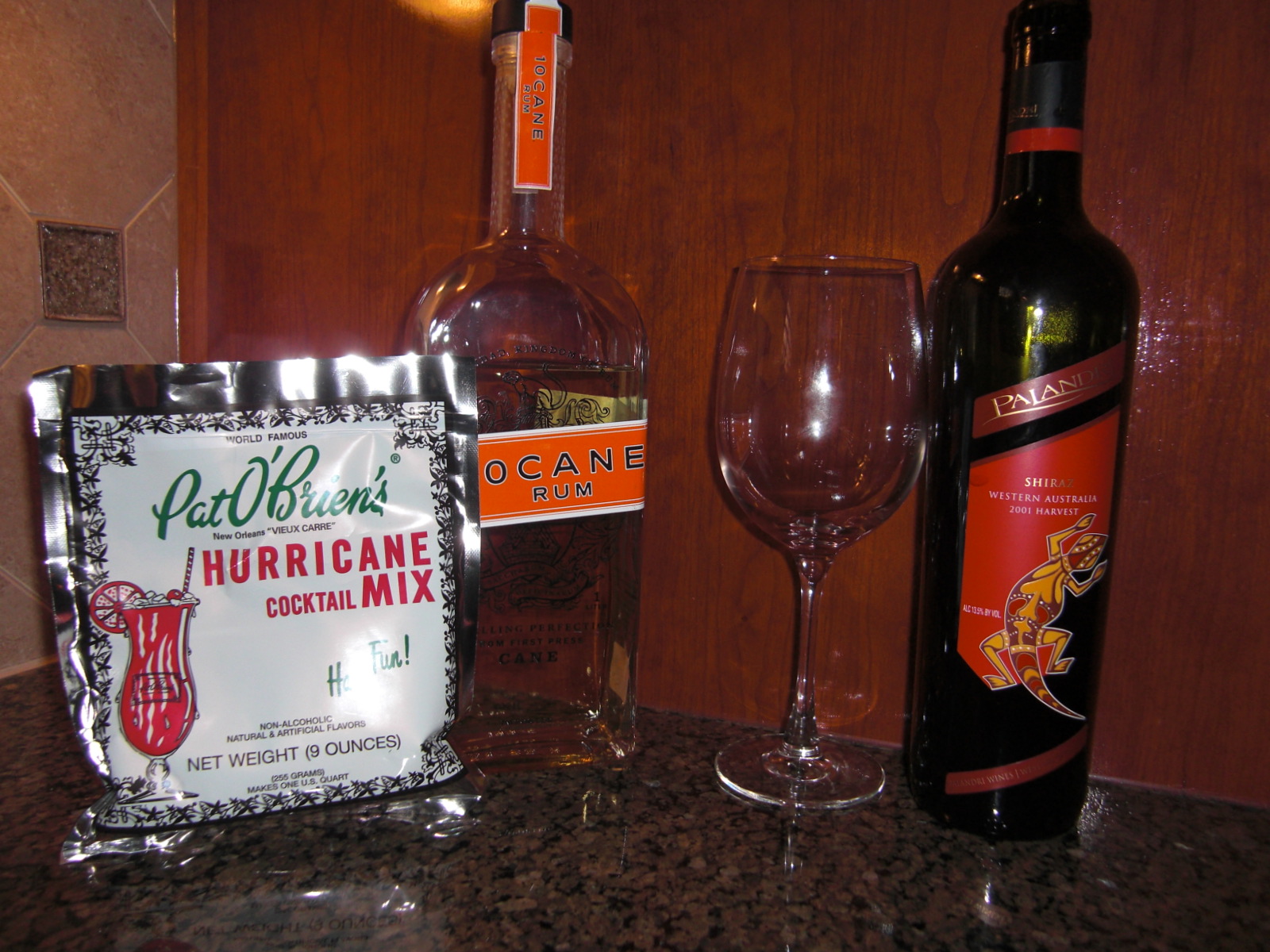 I am now turning the blog over to Shadow for her live puppy-blogging.

9:00PM – hello peeple.Â  i am shadoe and i like sarah palin.Â  is she on this debate tonight?

i am sowwy that i cant spell good.Â  i am only three.

9:04 PM – first question is from mr. clean.Â  did he look in the mirror with that color combination?

dad says every time obama says ‘aaaaand’ and ‘uhhhhhh’ i get a doggie biscuitÂ Â  he will be taking a gulp of wine.

who is the old guy in the undertaker’s suit?

dad says he wants the old guy to buy up his mortgage, too

they both look like undertakers.Â Â  or dog catchers!Â Â  boooooooooo

END_OF_DOCUMENT_TOKEN_TO_BE_REPLACED

What kind of an alternative universe are we living in when it comes to these conclusions:

– Obama’s pledge of “post-partisan” has vanished quicker than $3.00 gasoline under a Democratic Congress. He is now quickly moved from a campaign of “Hope & Change” to one of “Slash & Burn”.

– Now NEW YORK may be in play? That’s CRAZINESS!

BOOSTED by the selection of Sarah Palin as his running mate, Republican John McCain has experienced a surge of support among women in heavily Democratic New York state – where he has closed the gap with Barack Obama, new private polls show.

The internal Republican and Democratic polls, details of which were provided to The Post, have stunned members of both parties – and produced deep worries among Democrats. One great concern for Democrats is that the data show a continuous movement toward the McCain-Palin ticket by women, a majority of whom traditionally favor Democrats.

So it would appear that this is precisely what Obama has been railing against: Washington insiders lining the pockets of other Washington insiders while the taxpayers ultimately have to foot the bill. The Agent of Change, it seems, didn’t exactly walk the walk on this one.

– So McCain actually turns out to be THE Maverick that the media has been telling me he is all these years?

My brain can’t handle all of the Facts pounding against the 2008 Media Narrative harder than Lindsey Lohan on a Saturday night.

I’m telling you, I’m on the verge of not voting for President in November and just sticking with putting my energy into the NC Governor’s Race.Â

Just when I’m starting to think that McCain is the better of two evils, he says something that completely disgusts me and, more importantly, concerns me about his willingness to sacrifice the fundamental principles of the United States of America.

QUESTIONER: Senator, you have been a leader on immigration reform in the Senate but unfortunately Congress has failed to make progress on this very critical issue. As the next President of the Unites States of America will comprehensive immigration reform, and not just enforcement, be one of your top policy priorities in you’re first 100 days in office?

SEN. JOHN MCCAIN: It will be my top priority yesterday, today, and tomorrow.

The first part is bad enough.Â Â  But it gets worse….

And my friends, thank you for the question, and let me just review for you again, we tried. I reached across the aisle to Senator Ted Kennedy, and by the way I know that he’s in your prayers, and we worked in bipartisan fashion. And we were defeated. And by the way, it wasn’t very popular, let’s have some straight talk, with some in my party, and so I did that and worked together so we could carry out a federal responsibility.

We have to secure our borders, that’s the message. But we also must proceed with a temporary worker program that is verifiable and truly temporary, we must also understand that there are 12 million people who are here and they are here illegally and they are God’s children, they are God’s children and they will be treated in a humane fashion based on the principle obviously that someone who comes here legally cannot have priority over someone who comes here illegally.

Although Byron York reports that “The McCain campaign says that in the answer above, McCain fumbled the words “legally” and “illegally” when he said that “someone who comes here legally cannot have priority over someone who comes here illegally,” and they want to assure readers he was not setting some bold new policy“…. it doesn’t much matter.

What McCain doesn’t seem to realize is that “God’s Children” do not have an “automatic divineÂ right” to American citizenship.Â  Especially if they break the laws of this country in the process of getting here.Â  What the hell is wrong with him?

Since McCain thinks that anyone who enters the country illegally has automatic dibs on US citizenship, and since the Supreme Court believes that Constitutional legal protection shouldÂ extend toÂ non-US, foreign enemy combantants, then I say — let’s just go for the full monty.

No more immigration laws, dismantle the border crossings, no customs checks at airport.Â Â  Just open it all up and let chaos reign.

Oh and by the way, I’ll stop paying my US taxes immediately… become a citizen of Canada…. and then re-enter the USA illegally (along withÂ some Al-QaedaÂ sleepers, I’m sure)Â to get all of the benefits of the US Constitution that I have now — but this time for free!!