My long absence from GayPatriot, has been brought on by a few factors, chief among them that I’ve been taking some classes in the evenings and haven’t had much time for blogging, and what little time I have had to spare has been consumed by more going on socially than in the recent past.  But beyond that, there has been my general sense of what I wrote about in this post, and called either Obamalaise or Obamanomie, that feeling of depression and listlessness that comes when I consider the sad state of a country that elected Obama not once, but twice and seems more interested in bread and circuses than in seeking actual, workable solutions to the difficult problems that face our country.

Naturally the online leftist rag Salon can’t understand why anyone would feel upset or bothered by the direction of the country in the era of the glorious Obama, and so one of its contributors, Edwin Lyngar, has written a laughable piece about “elderly white rage” which places the blame on that favorite bogeyman of the contemporary left, Fox News.   I learned of the article when various liberals and leftists I know–including one I’ve taken to calling a MINO (a moderate in name only)–linked to it on social media.  I just glanced past it until one of them approvingly quoted one of the more ridiculous passages from the article.

In the interest of full disclosure, I should point out that I am not elderly, nor am I viewer of Fox News.   I mostly avoid the whole TV news genre, preferring to get my information from other sources.  The full title of the article reads: “I lost my dad to Fox News: How a generation was captured by thrashing hysteria.”  The author, who describes himself as “overeducated in the humanities” with both an MFA in Creative Writing from Antioch University (not exactly a bastion of conservative thinkers) and an MA in Writing from the University of Nevada, Reno unwittingly demonstrates the way shallow generalizations count as somehow being deep thought by those who advocate a politically correct perspective.

As I don’t care to be guilty of the same intellectual offense, I’d like to highlight and  unpack a few of the article’s more ridiculous claims and observations.  Let’s start with the opening paragraph:

Old, white, wrinkled and angry, they are slipping from polite society in alarming numbers. We’re losing much of a generation.  They often sport hats or other clothing, some marking their status as veterans, Tea Partyers or “patriots” of some kind or another. They have yellow flags, bumper stickers and an unquenchable rage. They used to be the brave men and women who took on America’s challenges, tackling the ’60s, the Cold War and the Reagan years — but now many are terrified by the idea of slightly more affordable healthcare and a very moderate Democrat in the White House.

Of course GayPatriot readers can see what he’s doing there, but just for the sake of argument, let’s illustrate that he opens by offering a caricature and a generalization about elderly Fox News viewers, conflates Fox News viewers with the Tea Party, accuses them of being filled with “rage,” and then ends by trying to ridicule them as being “terrified by the idea of slightly more affordable healthcare and a very moderate Democrat in the White House.”  Say what?  That last clause is contains so many misrepresentations and non-sequiturs that it is really rather stunning.  Barack Obama is only a moderate Democrat if you are so far to the left already that you can’t see how far his administration has shifted the political status quo towards statist goals.  And just because Obamacare was given the Orwellian title “the Affordable Care Act,” doesn’t mean it has anything to do with making healthcare more affordable.  Far from it, just ask the many people dropped from insurance who find that their health insurance costs have gone up and their deductibles are now much higher than they were previously.  Even those who haven’t had to change insurance are getting less for more costs.

The article continues with an anecdote about the author’s father and an exchange where the writer tells him he shouldn’t watch Fox News:

I enjoyed Fox News for many years, as a libertarian and frequent Republican voter. I used to share many, though not all, of my father’s values, but something happened over the past few years. As I drifted left, the white, Republican right veered into incalculable levels of conservative rage, arriving at their inevitable destination with the creation of the Tea Party movement.

When I finally pulled the handle for Obama in 2012, my father could not believe how far I’d fallen. I have avoided talking politics with him as much as possible ever since. Last week, I invited him to my house for dinner with the express purpose of talking about po

END_OF_DOCUMENT_TOKEN_TO_BE_REPLACED 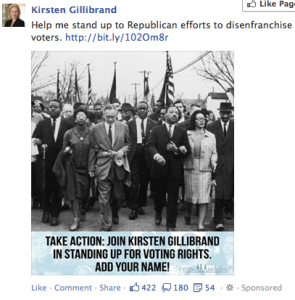 in addition to my research for my dissertation, I have been reading Mary Lefkowitz’s Not Out Of Africa: How “Afrocentrism” Became An Excuse To Teach Myth As History.  While this book may well help me with my work,* I’m reading it largely for my own edification.

In her book Lefkowitz explains her frustration at having to refute theories about the supposed African origins of Greek thought which, for political reasons, have gained wide currency in our universities (and even in the media) despite being based more on political conjecture than serious scholarship:

To respond to the kinds of allegations that are now being made requires us in effect to start from the beginning, to explain the nature of the ancient evidence, and to discuss what has long been known and established as if it were now subject to serious question.  In short, we are being put on the defensive when in ordinary circumstances there would have been nothing to be defensive about.  Worst of all, making this sort of defense keeps us from going on to discover new material and bring our attention to bear on real interpretative problems. Instead of getting on with our work, we must rehearse what has long been known.  But, nonetheless, the case for the defense must be made.

Sometimes, I feel that we intellectual conservatives are in the same boat as serious classicists in needing to debunk misrepresentations which have gained wide currency.

How many times have our readers, many of whom have only read left=wing tracts (and blog posts) about the origins (and ideas) of the modern American conservative movement, who have never attended a Republican event (save to search only the most extreme elements and report on them as if they were representative of the entire gathering) and never socialized with thoughtful conservatives, told us exactly what the GOP and American conservatism is all about?  When we report our experiences as openly gay men and women at Republican or conservative events, they ignore our experiences.

(Never happened, they say, doesn’t fit their narrative.)  After all, they read the DailyKos and the Daily Dish, they know us better than we do ourselves.

It doesn’t matter if we point how how we criticized George W. Bush on spending; they know that we were unfailing in our infatuation.

And it’s too bad that we, like serious classical scholars, have to devote so much time to rebutting silly allegations instead of promoting our ideas– and our candidates.  But, then again, maybe that’s their strategy, to get us bogged down in defense so we don’t have time to develop a serious offense.