Undercover video shot in May by a conservative activist shows two corporate distributors of free cell phones handing out the mobile devices to people who have promised to sell them for drug money, to buy shoes and handbags, to pay off their bills, or just for extra spending cash.

The ‘Obama phone,’ which made its ignominious YouTube debut outside a Cleveland, Ohio presidential campaign event last September, is a project of the Federal Communications Commission’s ‘Lifeline’ program, which makes land line and mobile phones available to Americans who meet low-income requirements. 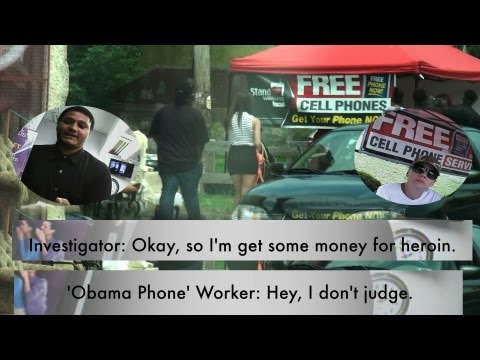